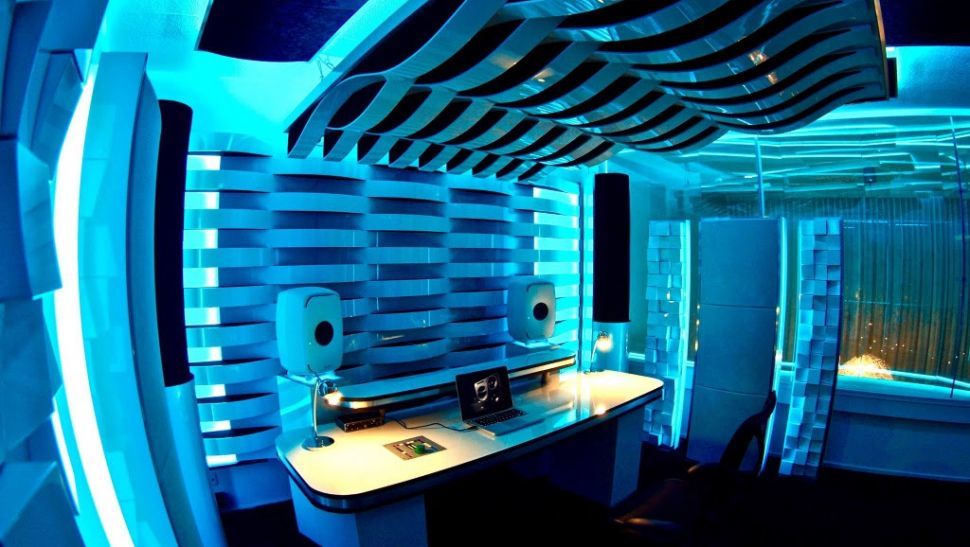 Looking like some kind of digital aquarium, what's striking is how little there is in the way of gear. As far as we can tell, only a laptop, audio interface and monitors have made it through the door. We can't even spot a MIDI controller.

Maybe the rest of the stuff is still on order, or perhaps Garrix just wants to keep things simple, as he did with his previous production setup.

Some serious thought has clearly gone into the creation of the room itself, though, which is the work of acclaimed studio designer Jan Morel. He was tasked with the job of treating it in the best way possible, and kitted it out with panels from Vicoustic Acoustic Products.

And Martin's verdict? "Extremely beautiful and great sounding!" so we're told. We still think he needs to buy himself a mouse, though.

Martin Garrix showed some major love to a fan this week.