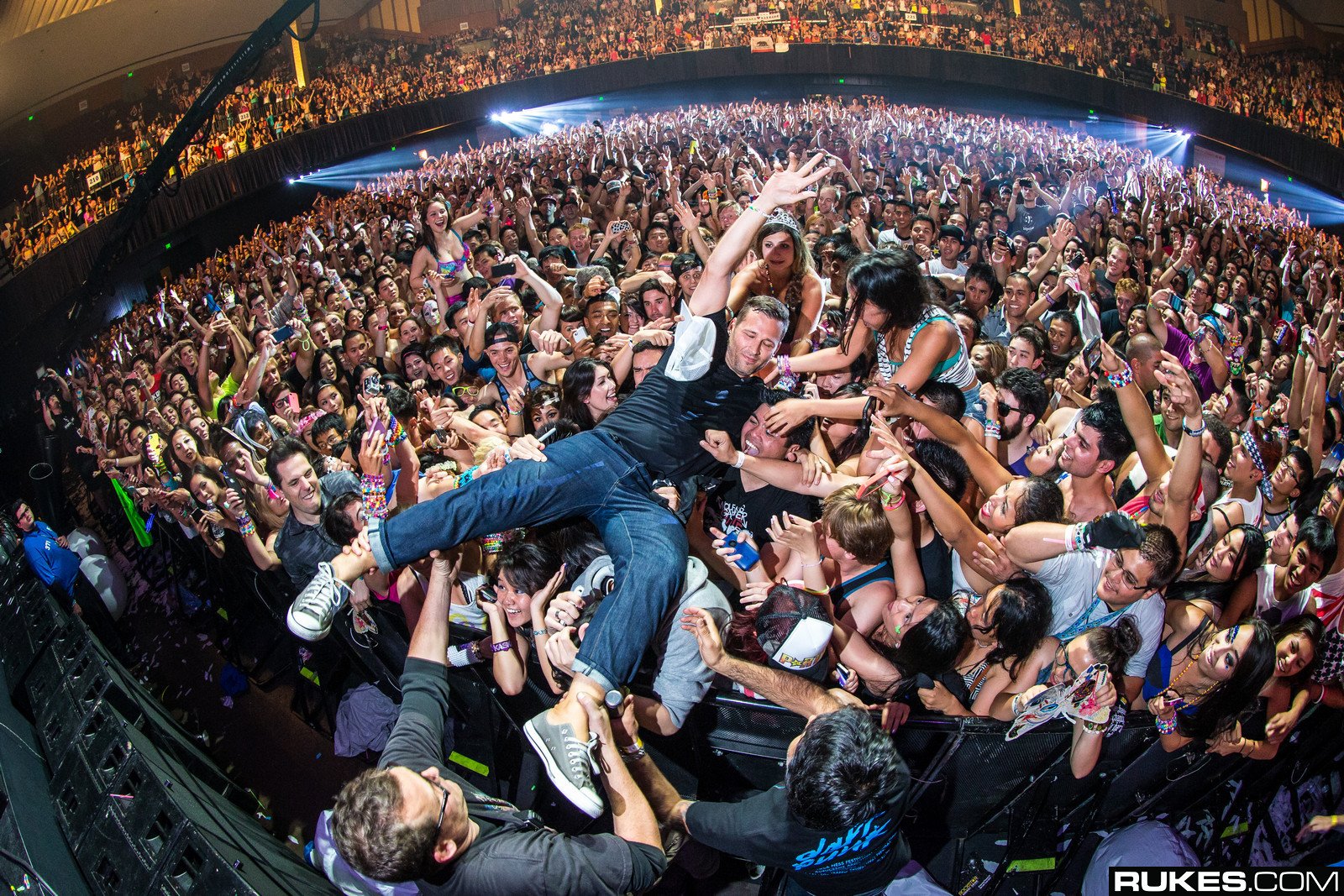 At the end of Kaskade’s set in San Francisco, he decided to do a quick crowd surf, and the result is probably one of the best crowd-surf photos I have ever taken. 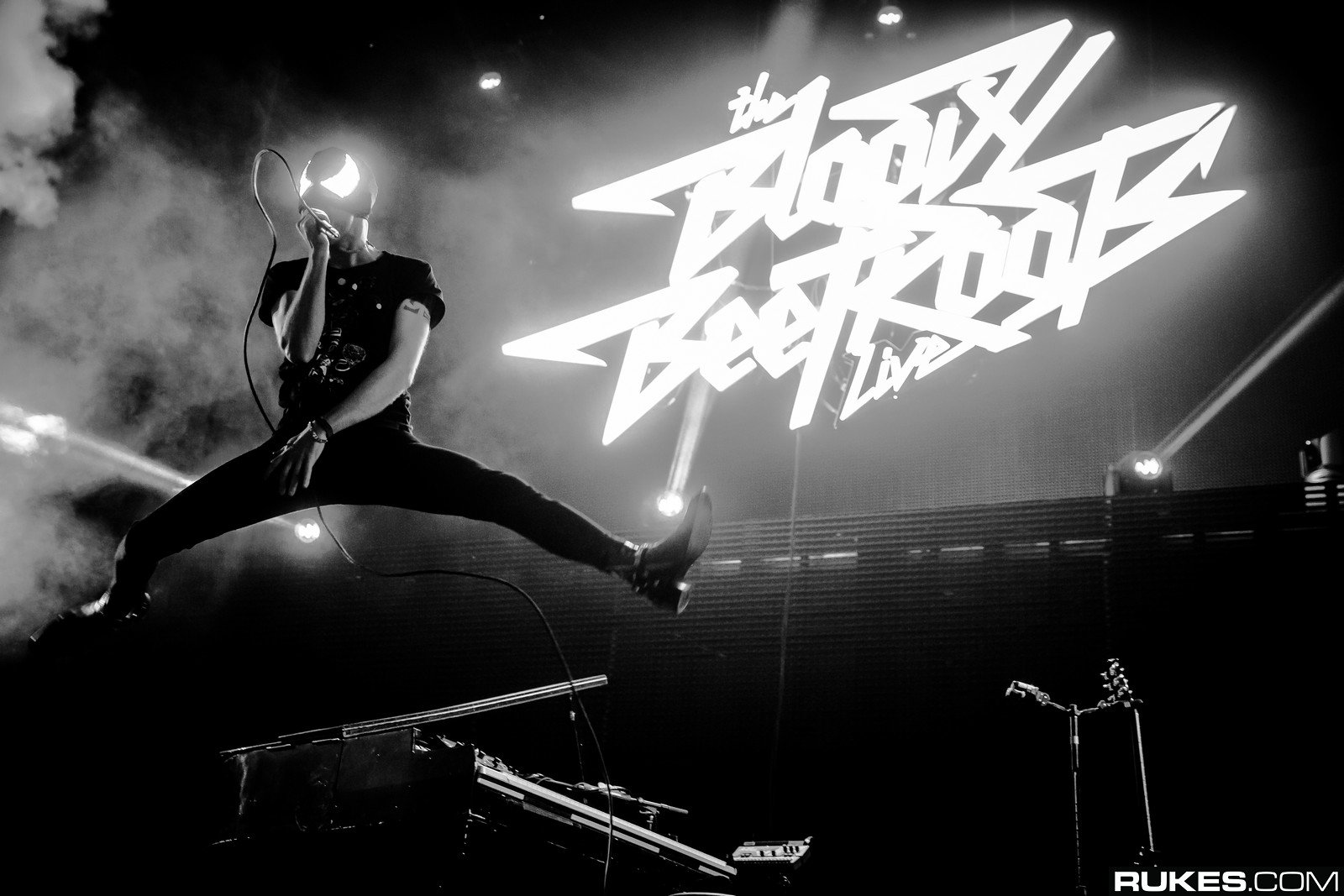 A recent favorite; I know Bob in The Bloody Beetroots likes to jump and get pretty active, so I was eager to see their set at HARD Day of the Dead. I had this shot pictured in my head the whole night and I was pretty excited to get it! Of course, I will keep trying to get an even better version of this! 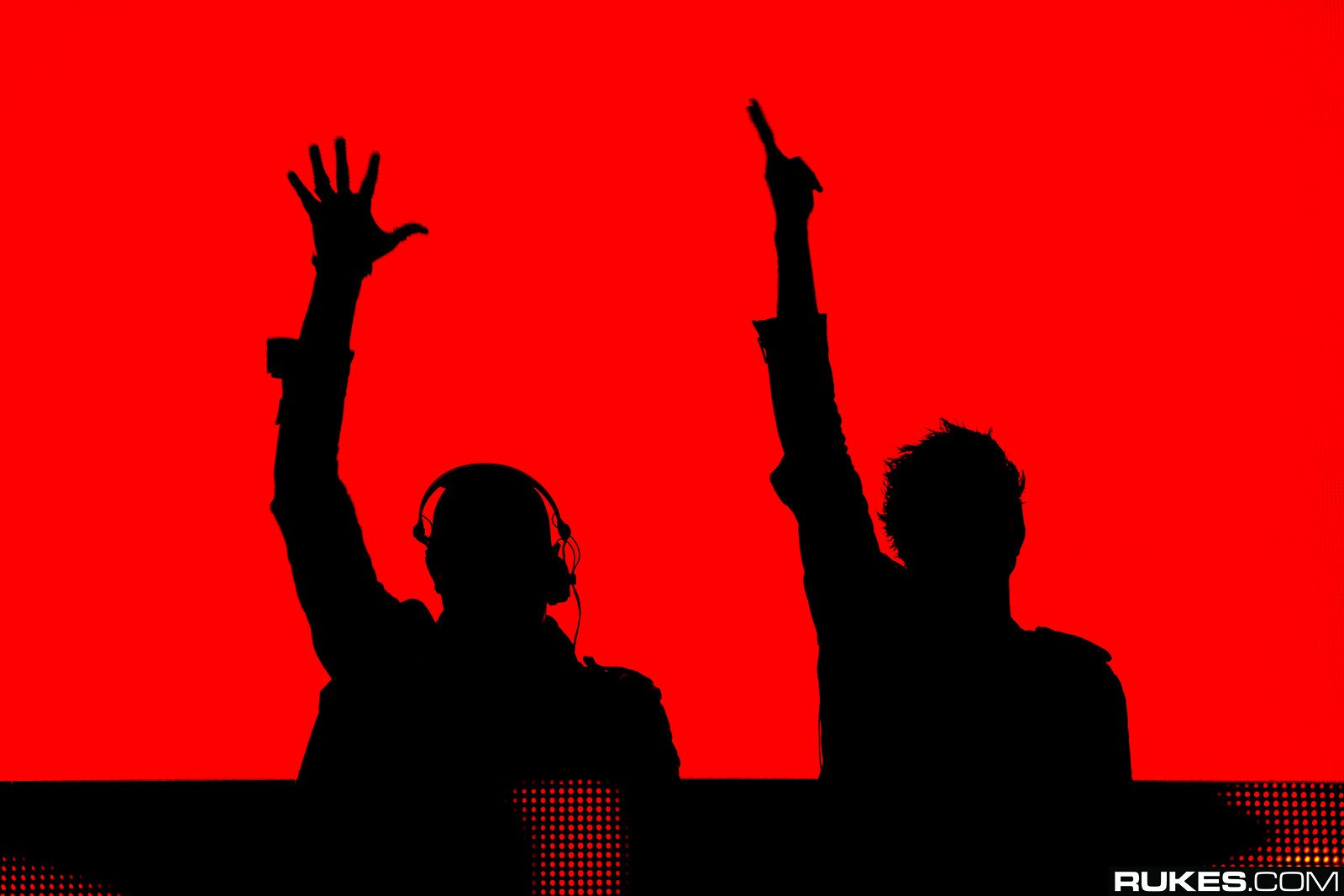 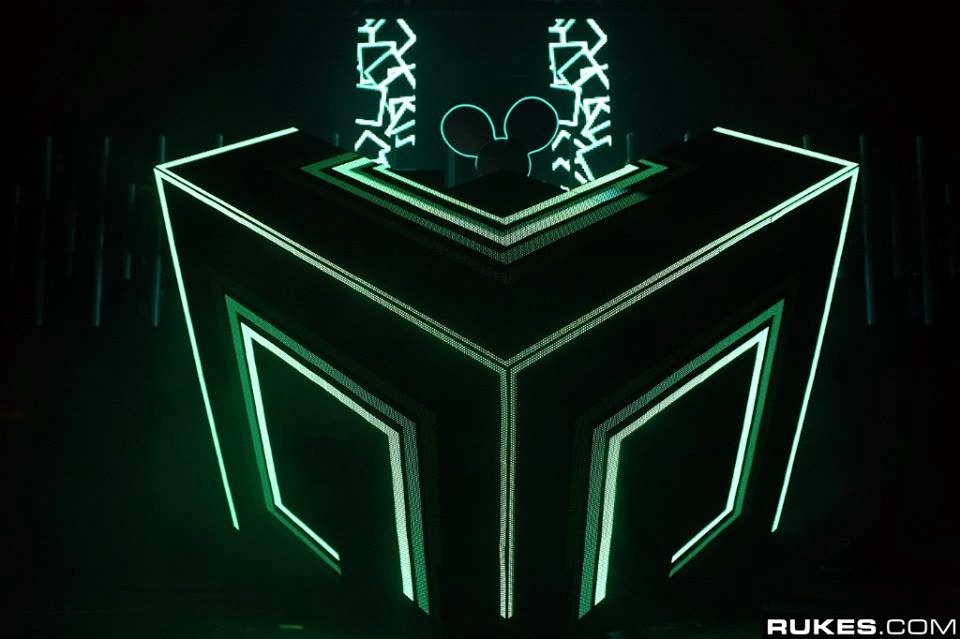 I still love this iconic shot I took of Deadmau5′s cube during its first run in the UK in 2010. Very simple and just perfect. 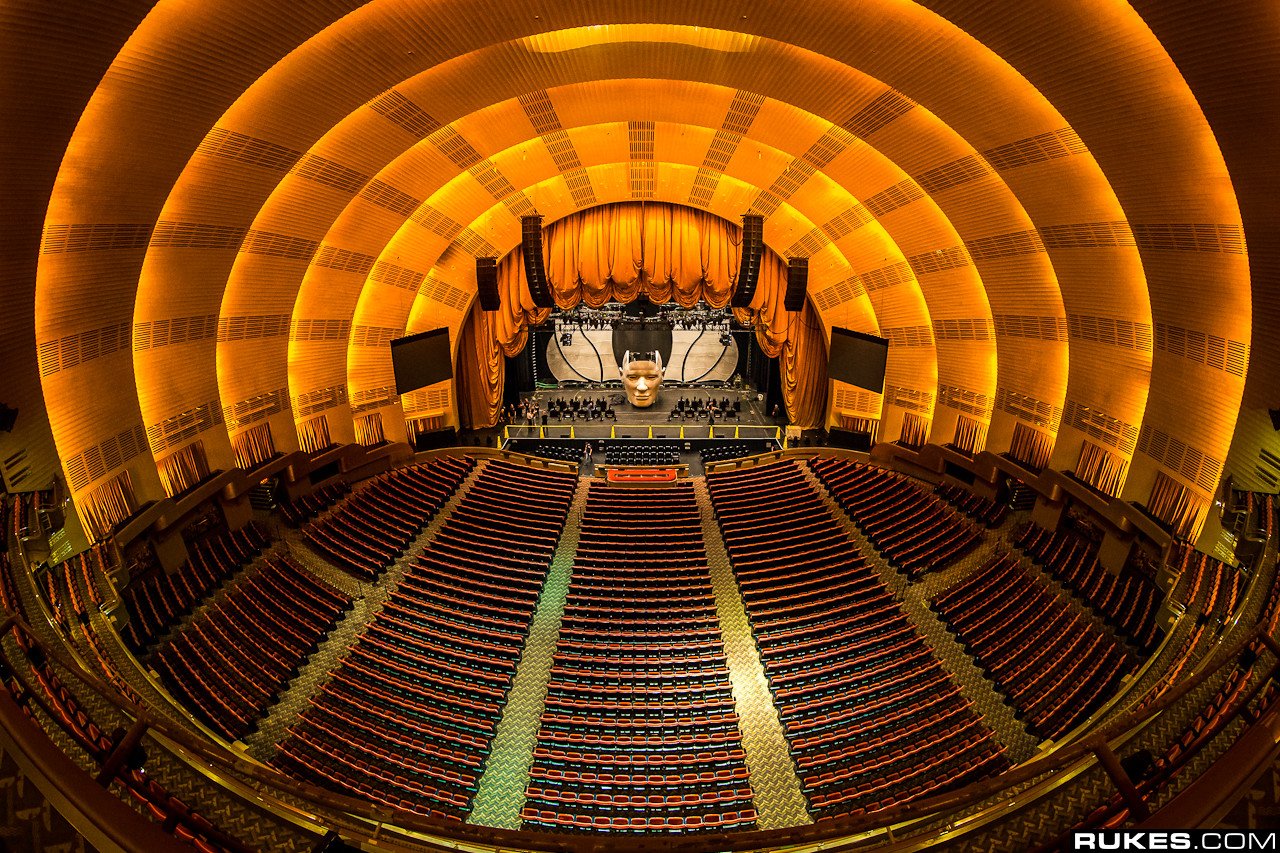 Being a New Yorker, Madison Square Garden is always the default epitome of music venues to shoot at. But since Radio City Music Hall itself looks amazing and holds a lot less musical acts, to me it was the ultimate alternative goal once I shot at MSG a few times. This fish-eye setup shot of Avicii at Radio City just perfectly captures how epic the venue is, compared to the miniscule stage. 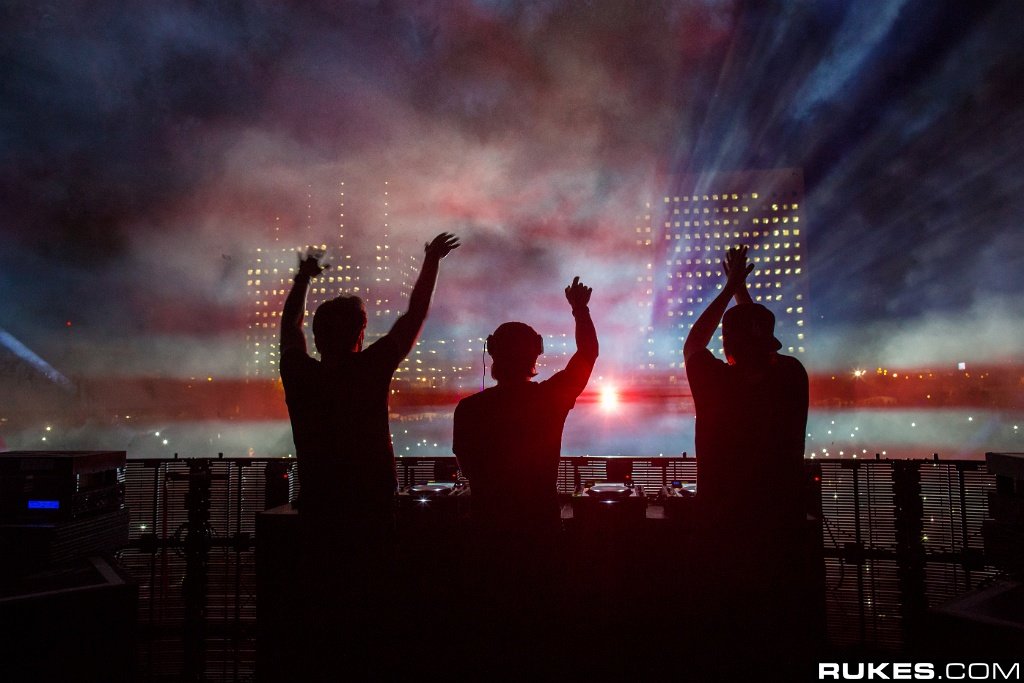 A nice mistake that just produced an amazing photo. During Swedish House Mafia’s “Masquerade Motel” in Miami, they had their kabuki up with the intro projections and haze building up around it for the lasers. Luckily, when the kabuki dropped during the American flag at the end, they didn’t turn the projection off, and the flag projected right on the haze for a few seconds, producing the amazing shot. 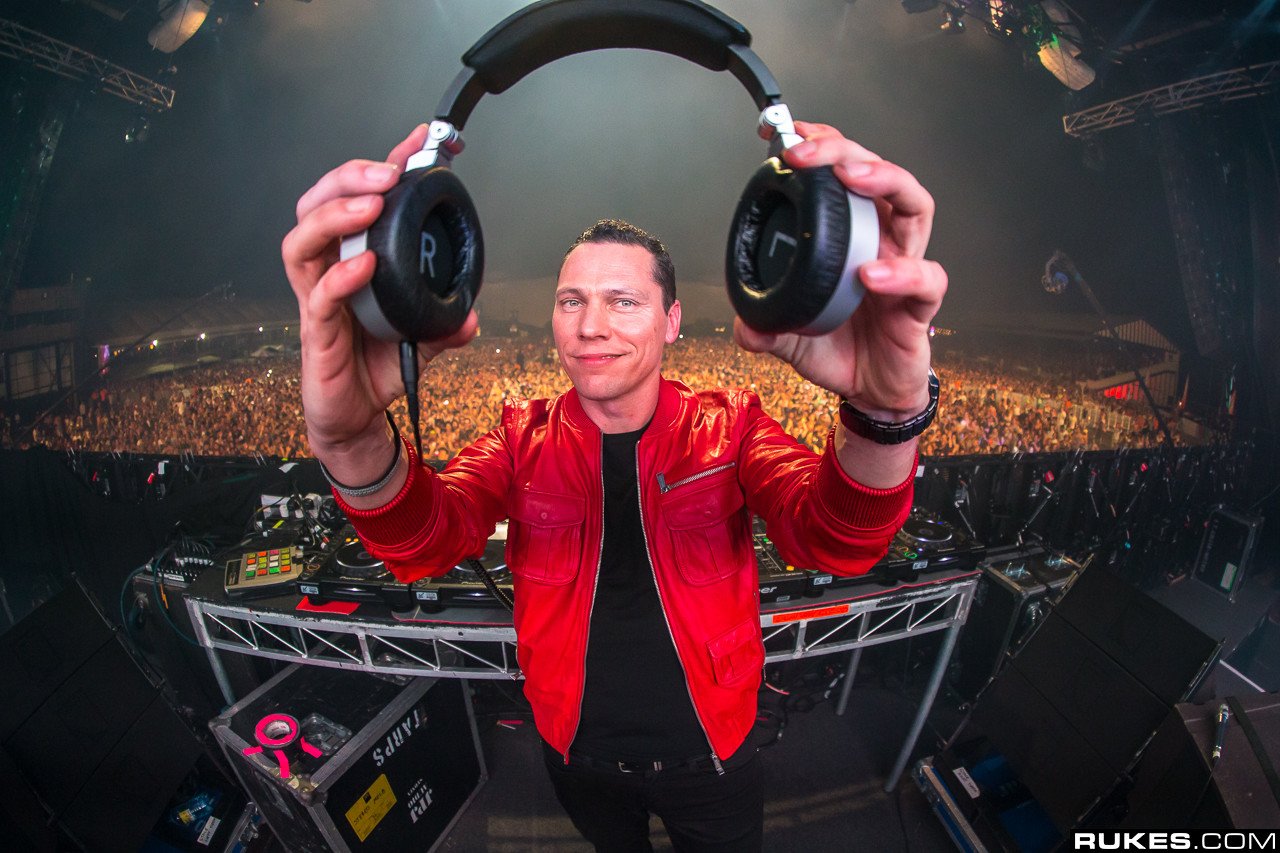 One of my favorite shots ever. During a live broadcast of his set at Stereosonic in 2012, Tiesto decided to pass his headphones over to me, as if he was crowning me. It came pretty much out of left field and I thankfully was able to capture the perfect picture at the perfect time. 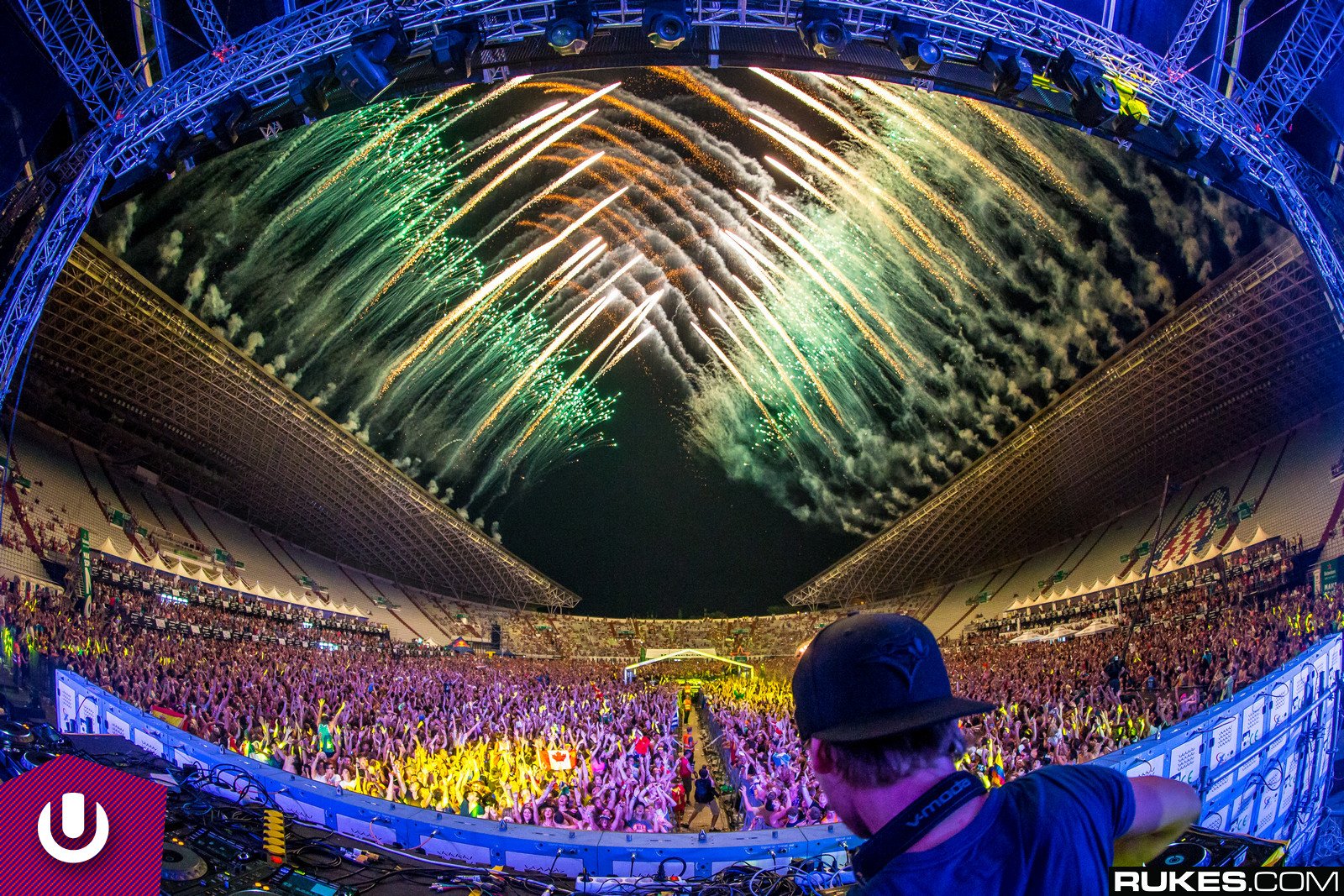 Going all the way to Ultra Croatia, I was surprised at the amount of people that came by the amazing festival. I was even more amazed at this shot of the fireworks going off during Avicii’s set! 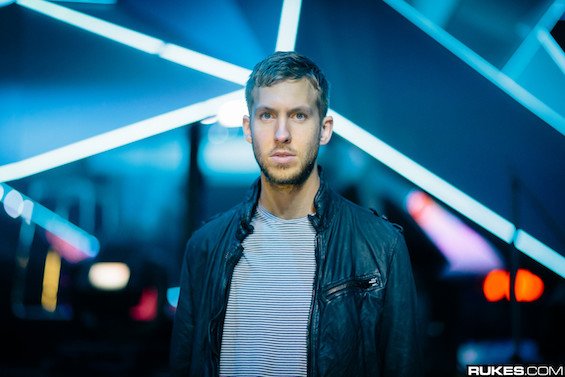 I normally don’t do too many press shots; I’m pretty selective about that. However, when Calvin Harris said he needed a new one pretty bad, we did this in literally one minute. We were at the MTV Video Music Awards. I picked the lens, told him where to stand, took one shot, and said, “Okay, done!” and the result was used for pretty much everything. 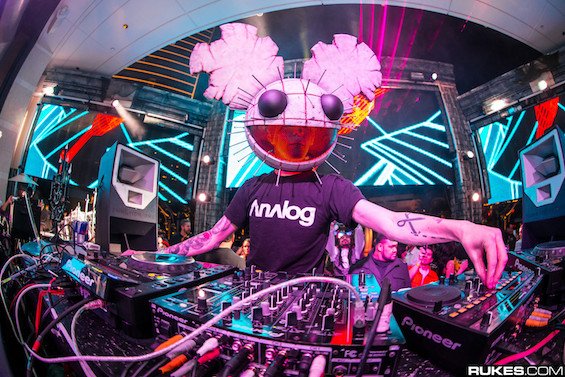 Deadmau5 premiering the Hellraiser Mau5 head at Halloween. If the lighting is right at XS in Vegas, it helps produce beautiful images like this—one of my favorites!

There’s no doubt 2013 has been a massive year for DJ culture. The momentum behind it all is insane right now, fans know their favorite artists are going to be sharing part of their day-to-day life pretty much all day every day and flock to their social media feeds to get a slice. What better place to watch it all play out than Instagram? Today we honor innovation and originality in the Insta-DJ-sphere, here we go:

The Frenchman behind the biggest mainstream EDM hits this past year, David Guetta was recognized tonight in Las Vegas at this year’s Billboard Music Awards.