Based on annual earning estimates that include income from live shows, endorsements, merchandise sales, recorded music sales, external business ventures and television appearances. The poll also includes DJ Pauly D, who despite his lack of dance music street cred, makes at least half of his income from DJ gigs, matching Diplo for the 12th spot on the list.

Electronic music’s top 12 earners raked in over a quarter of a billion dollars in 2013, DJing their way to $268 million in revenue over the course of the last 12 months. See the full list after the break. 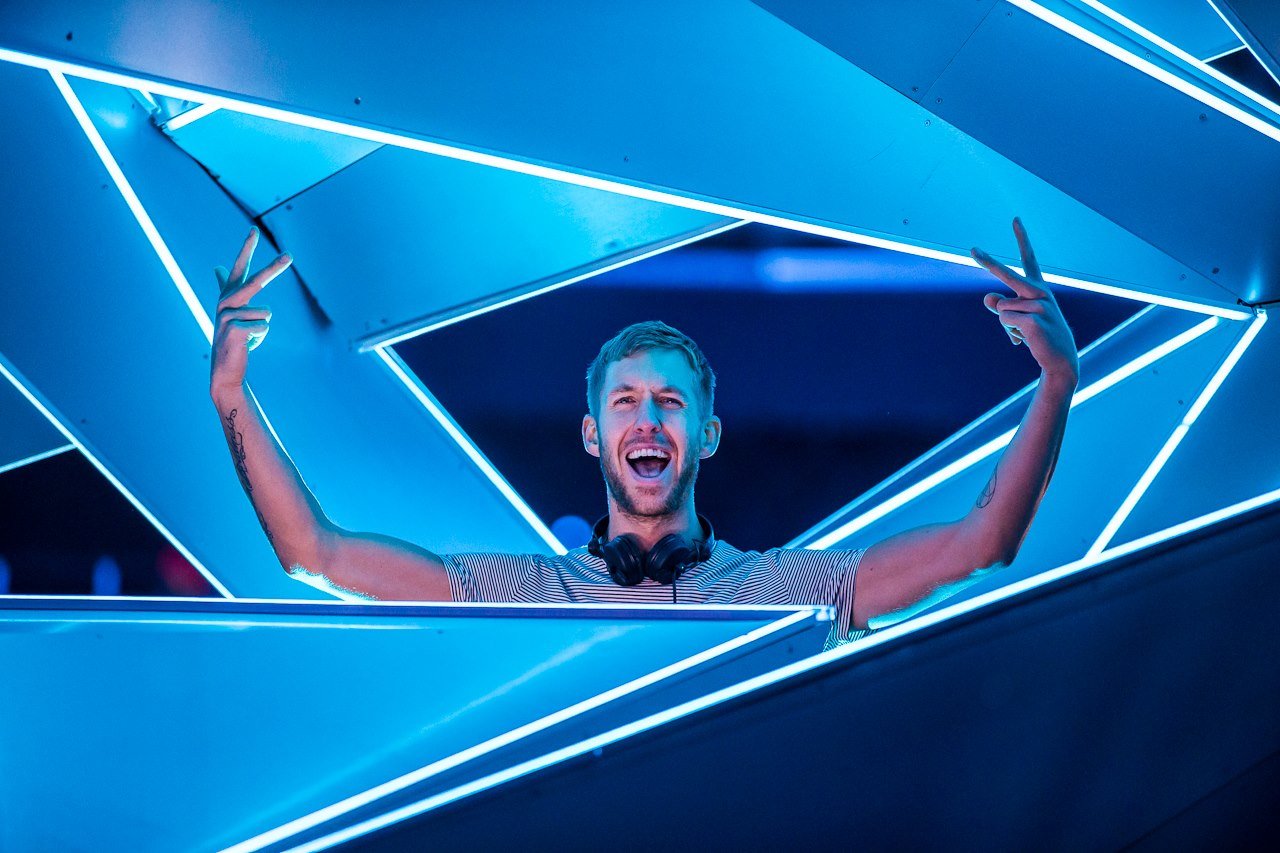 Harris earned more than Jay-Z or Katy Perry this year — and claimed electronic dance music’s cash crown for the first time in his career. In February he signed on to play more than 70 shows over a two-year period at Las Vegas megaclub Hakkasan, and pulls in additional cash from songwriting and producing for pop stars like Rihanna. “The rise of dance music has been astronomical in the last three years,” he tells FORBES. “I happened to be in the right place at the right time.” 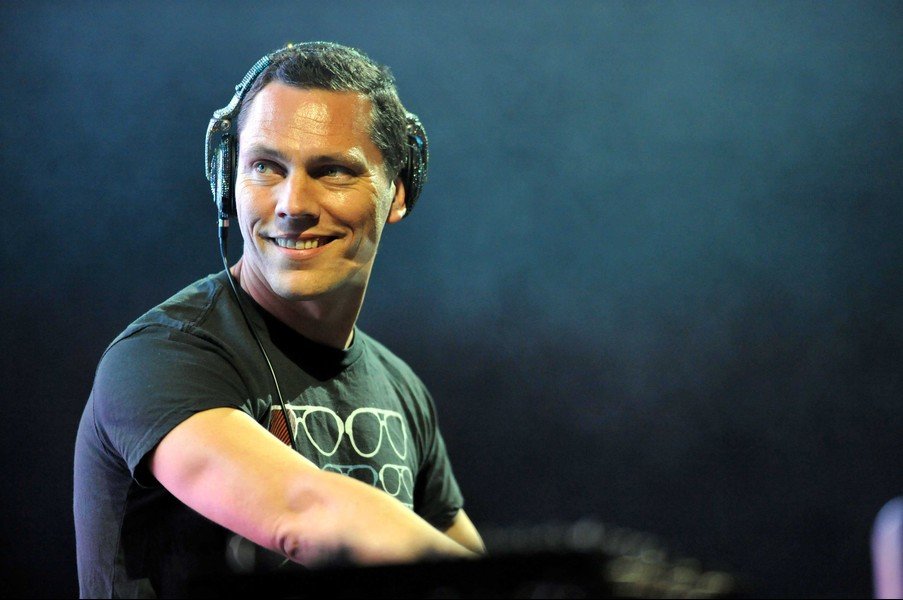 The Dutch-born DJ has been spinning for decades — playing over 140 shows last year — and he’s earning more than ever. Tiësto landed a lucrative residency at Las Vegas superclub Hakkasan this summer, ditching his usual digs in Ibiza. “I’ve been going there for the last 10 years, it felt there was nothing special,” he tells FORBES. “And then I got the offer to play in Las Vegas … They made me a great proposal, not just the money but also what they’re going to do there, the biggest club in the world.” 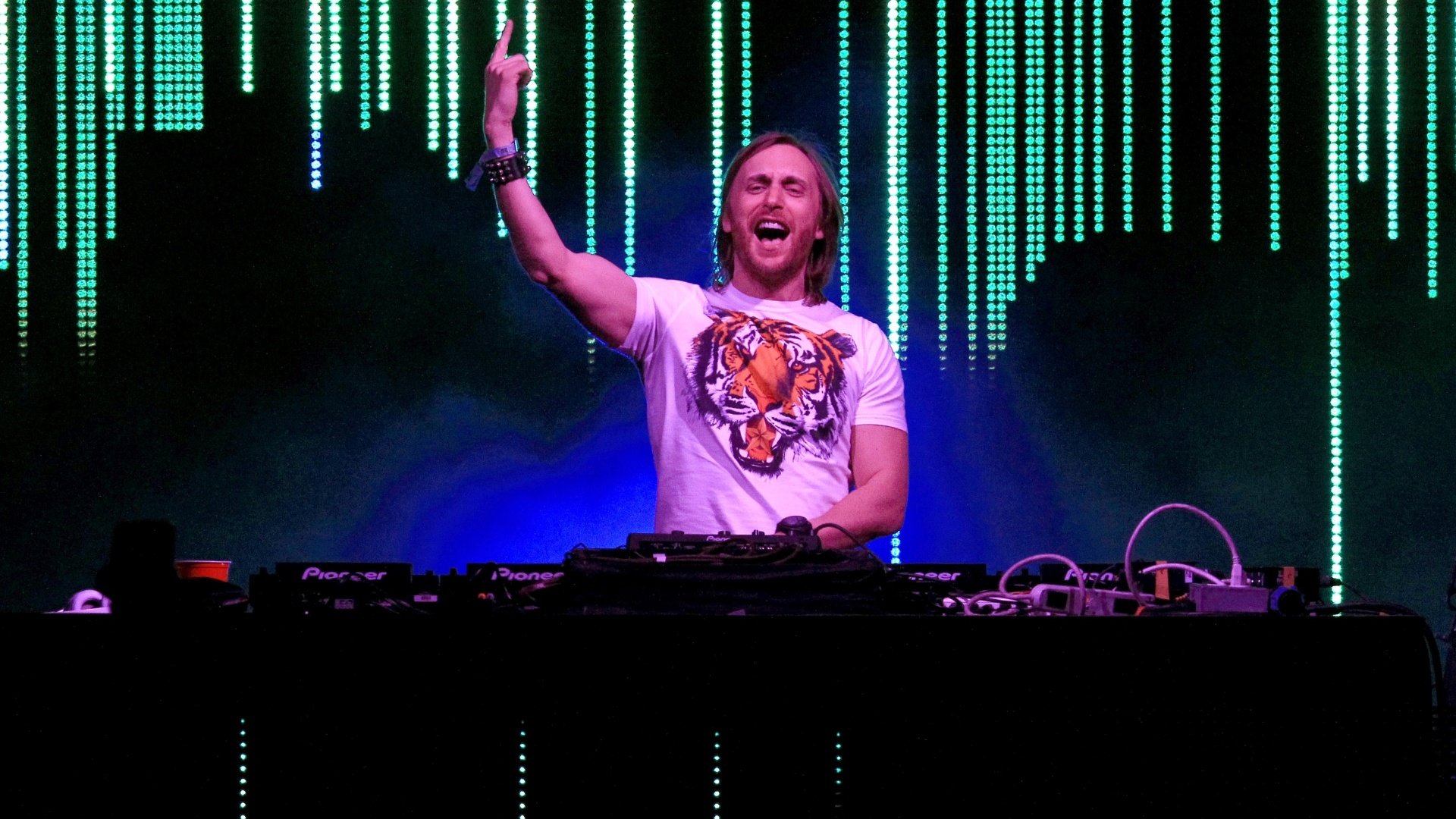 Daft Punk contemporary David Guetta navigated his way from the DJ decks of underground Parisian clubs to the upper echelons of Top 40 radio. He has made a name for himself by crossing into pop music and collaborating with the likes of The Black Eyed Peas and Usher. Now 45, Guetta shows little signs of slowing, playing more than 120 shows over the past year, including appearances as a support act on part of Rihanna’s world tour and a weekly residency at Ibiza’s Pacha. 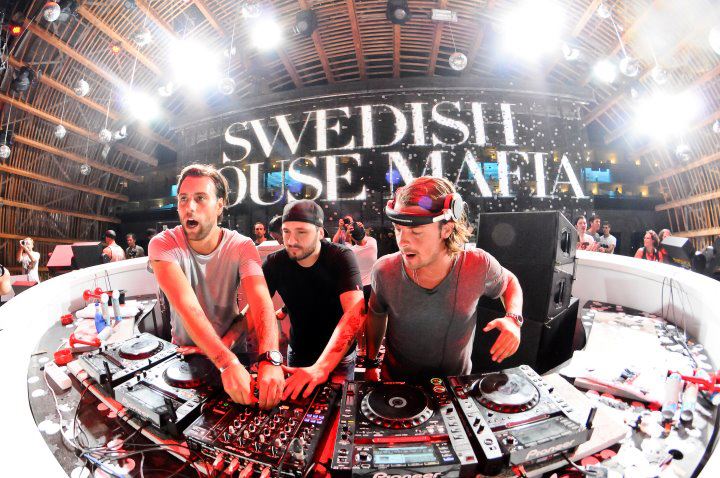 The three members of Swedish House Mafia - Sebastian Ingrosso, Axwell and Steve Angello - called an end to their group career in March 2013. But they still made enough in an abbreviated year to crack the top five on our list; all three are now pursuing individual careers (FORBES only took into account performances where all three members performed as a group as Swedish House Mafia for this valuation). 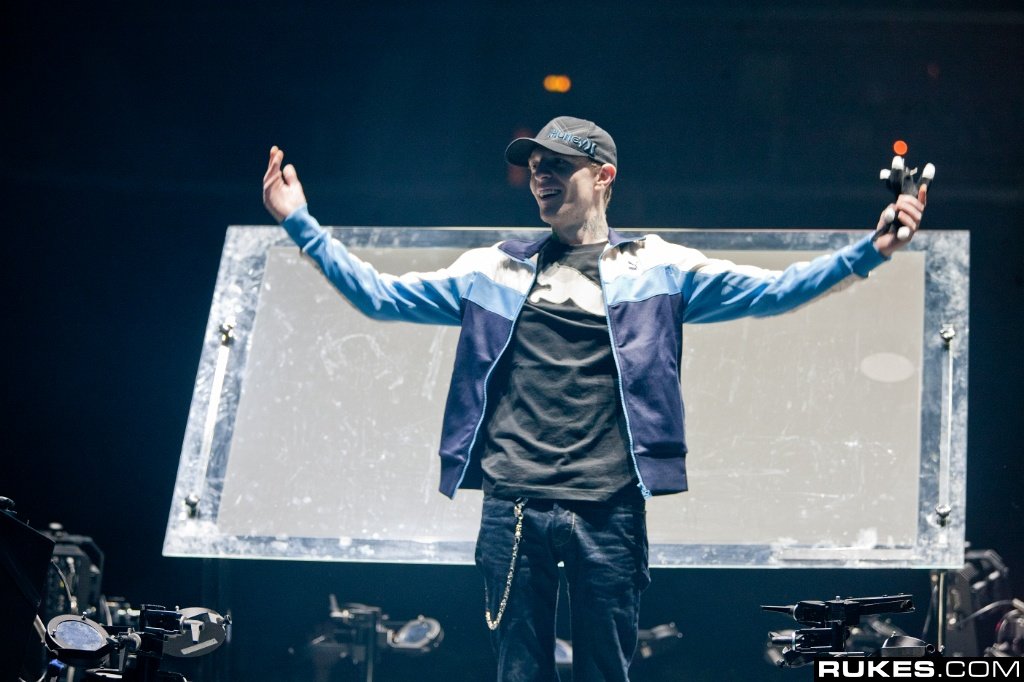 The mouse-helmeted DJ has been collecting vast amounts of cheese despite performing half as many shows as some of his peers, thanks to nightly fees in excess of $200,000 at Hakkasan and other clubs and festivals around the world. He also cashes in on recorded music, his own label Mau5trap and massive merchandise licensing deals. 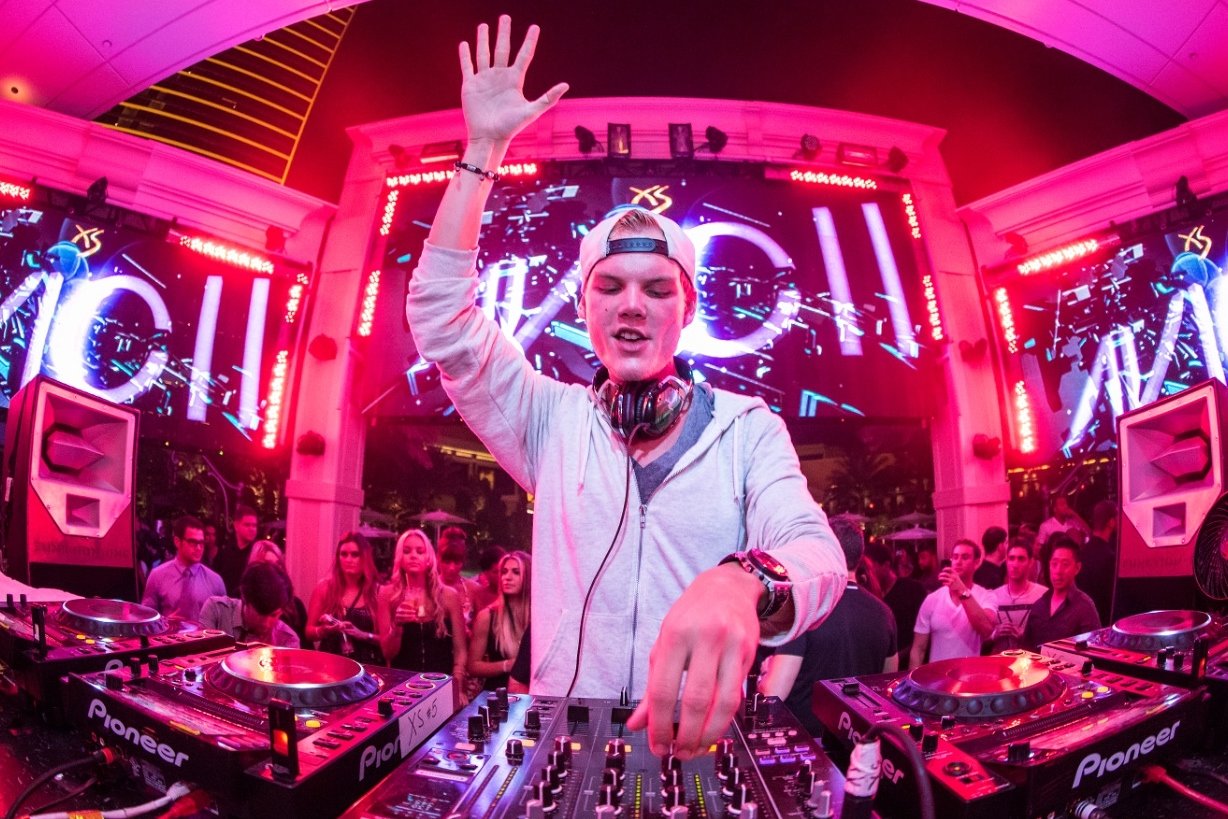 At 23, the Swedish DJ is the youngest artist on our list—and taught himself to produce music using pirated software that he played with from his teenage bedroom. “You don’t really need anything anymore,” he told FORBES last year. “You need your computer.” He’s expected to release his debut, True, in September 2013. Lead single “Wake Me Up” has already clocked over 1.7 million downloads worldwide. 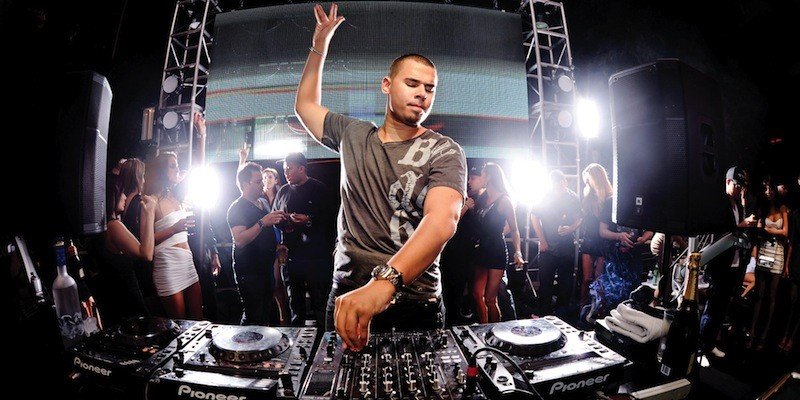 Nick “Afrojack” van de Wall seems to be enjoying his newfound purchasing power: He bought a Ferrari 458 in February, wrecked it less than an hour later and bought a new one the next day. Only 25, the Dutchman has already crafted tracks for the likes of Pitbull and Chris Brown and owns his own label, Wall Recordings. One of the marquee names in Wynn Las Vegas’ DJ lineup, he says he turned down Hakkasan’s offer for twice his regular fee to remain loyal to his current employer. 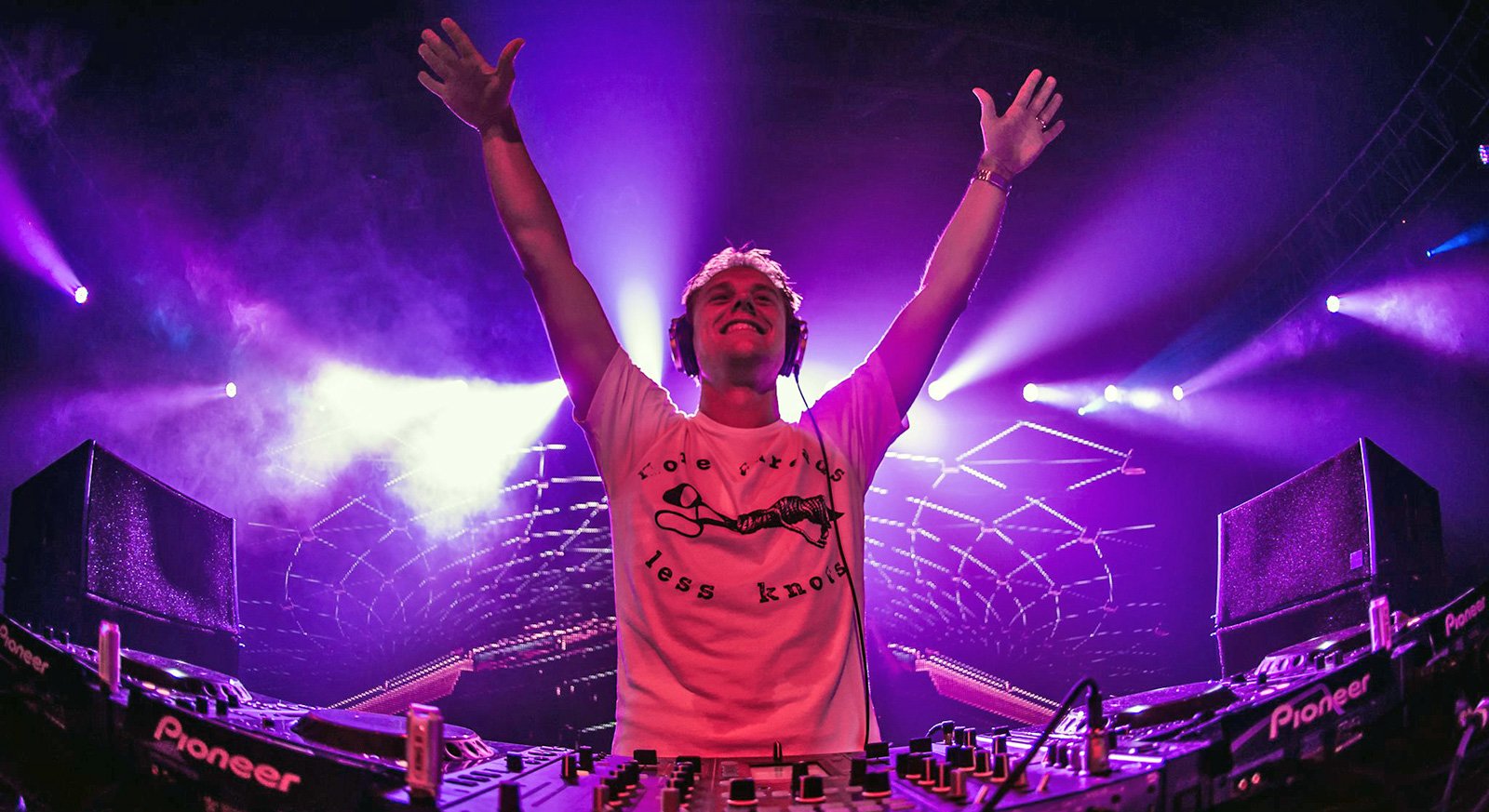 The European trance king has long been recognized as one of the world’s best performers in the electronic music space. With his weekly radio show “A State of Trance,” van Buuren has developed an international following that led to nearly 120 shows in the last 12 months from Kuala Lumpur to Oakland. He released his fifth studio album, Intense, in May. A friend of the Dutch royal family, he performed at the coronation of Netherlands King Willem-Alexander and Queen Máxima in May. 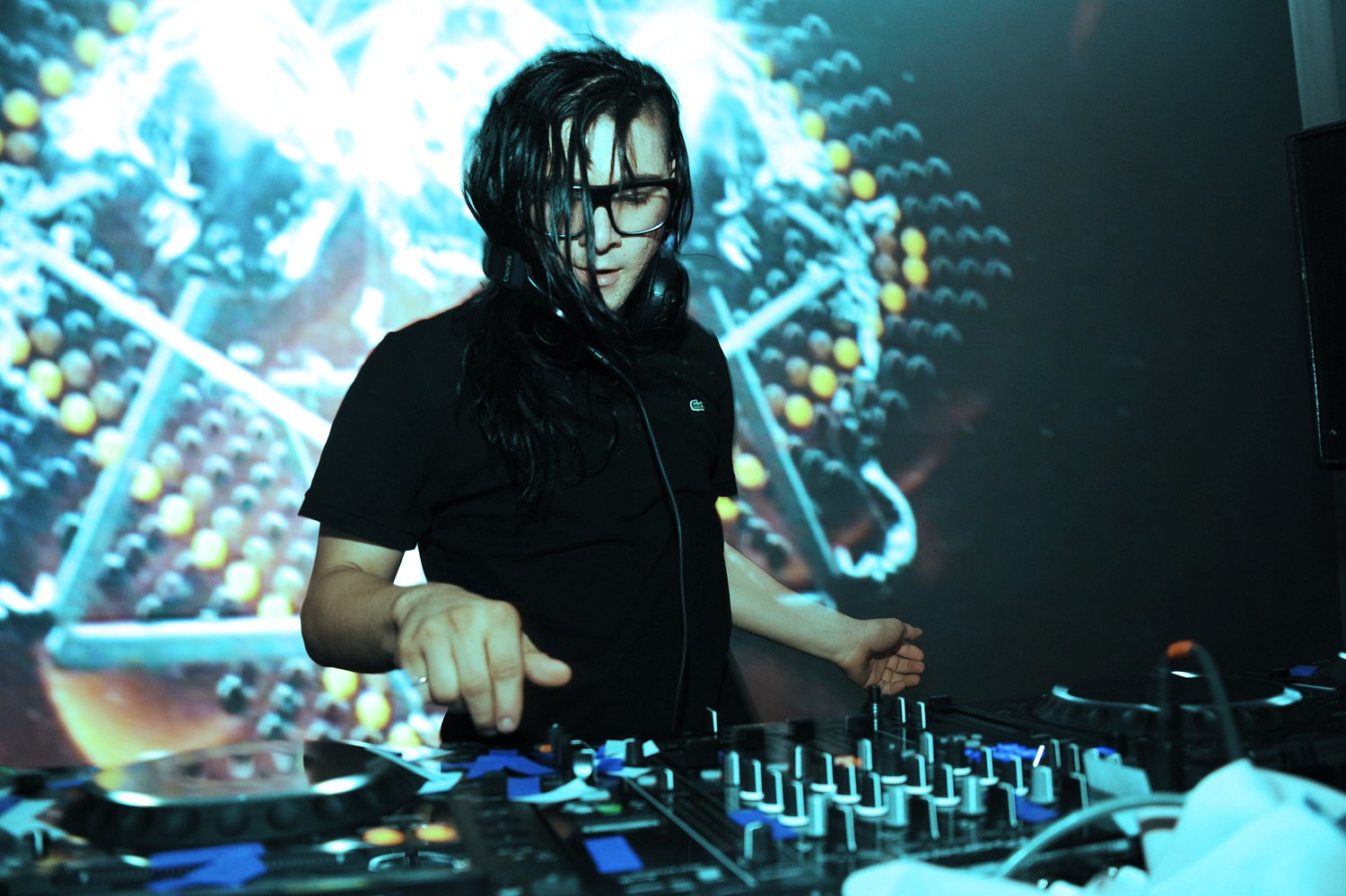 With his trademark side-mullet and gut-pounding production, Skrillex has been banking six figures a night on live shows all around the world—most notably Wynn’s XS nightclub in Las Vegas, where he has a residency. He also earns big on recorded music after picking up three Grammy awards this year, matching last year’s total. On top of that, he earned an Annie Award for the original music he composed for the animated flick Wreck-It Ralph. 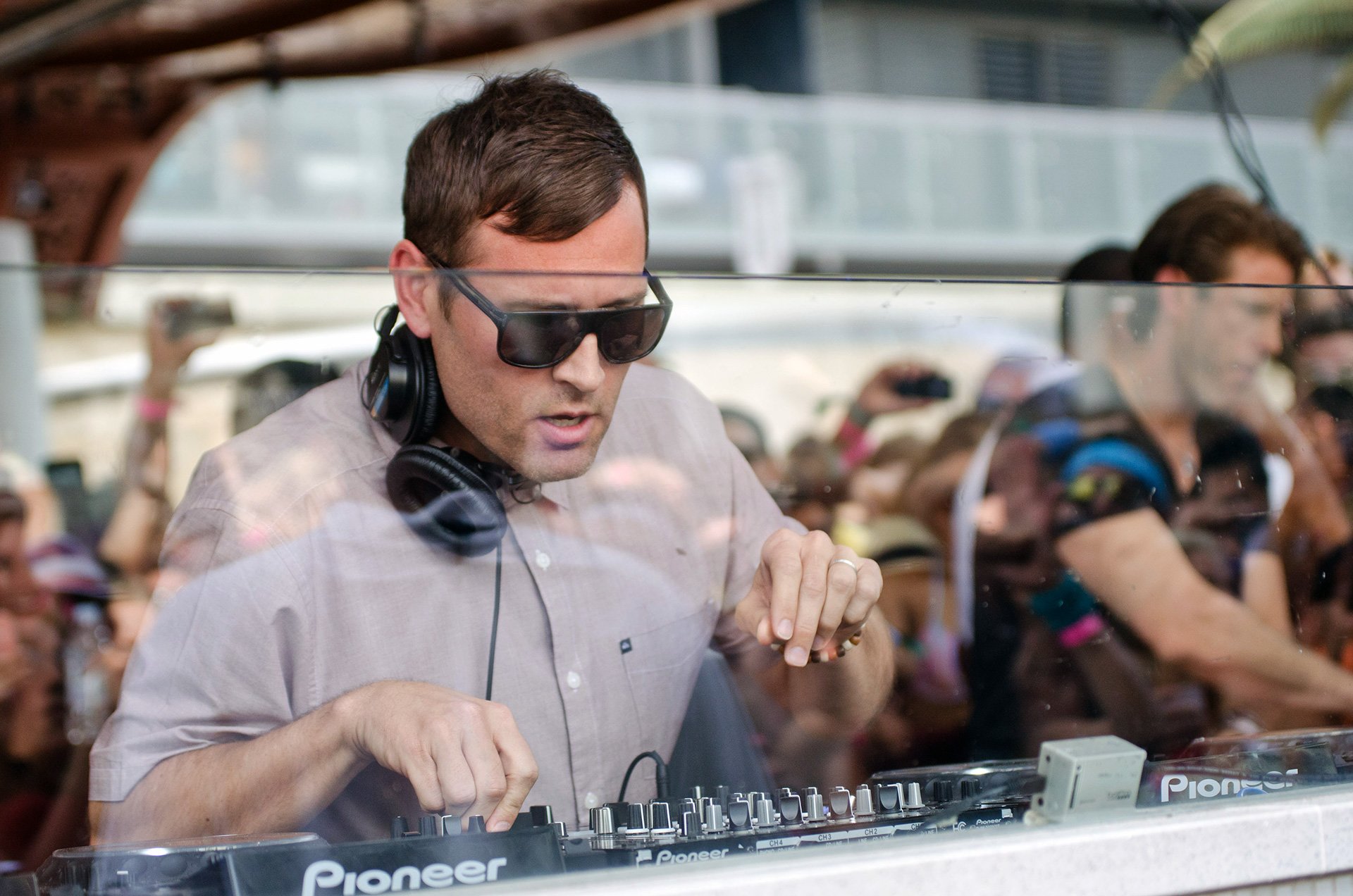 At 42, he’s one of the older DJs on our list, but Kaskade parties just as hard as the rest of them. He played more than 130 shows in the last 12 months, largely as part of his Freaks of Nature Tour. One of the first DJs to establish himself in Las Vegas, he signed a deal with Encore Beach Club in 2010 and now performs regularly at Cosmopolitan’s Marquee.

With the ability to pack in two shows a day while on tour, Aoki clocked nearly 270 gigs in the last 12 months. The son of Benihana founder Rocky Aoki, Steve shares his father’s entrepreneurial spirit, boasting several restaurant and nightclub ventures, record label Dim Mak and endorsements with Olmec Tequila, Trident Gum and Scion. 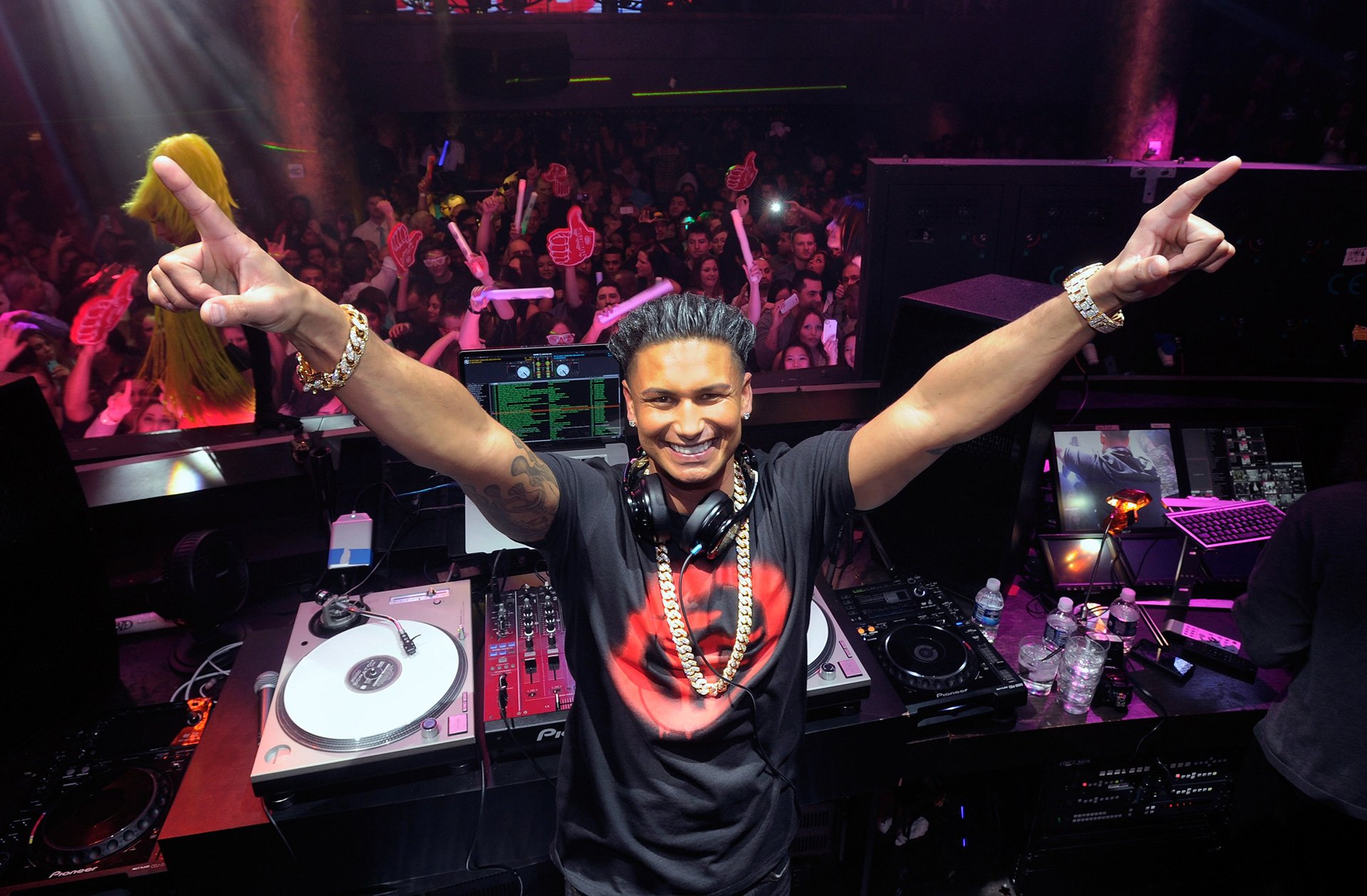 The Jersey Shore star earns half as much per night as some of his DJ brethren, but with 90 performances over the past year and a host of outside business ventures, he makes the Electronic Cash Kings list for the second year in a row. Though the show that made him famous wrapped up in December, he’s still collecting cash from its tail end; he also boasts his own Dirty Couture line, vodka-based drink REMIX and deals with 50 Cent’s SK Energy and SMS Audio. 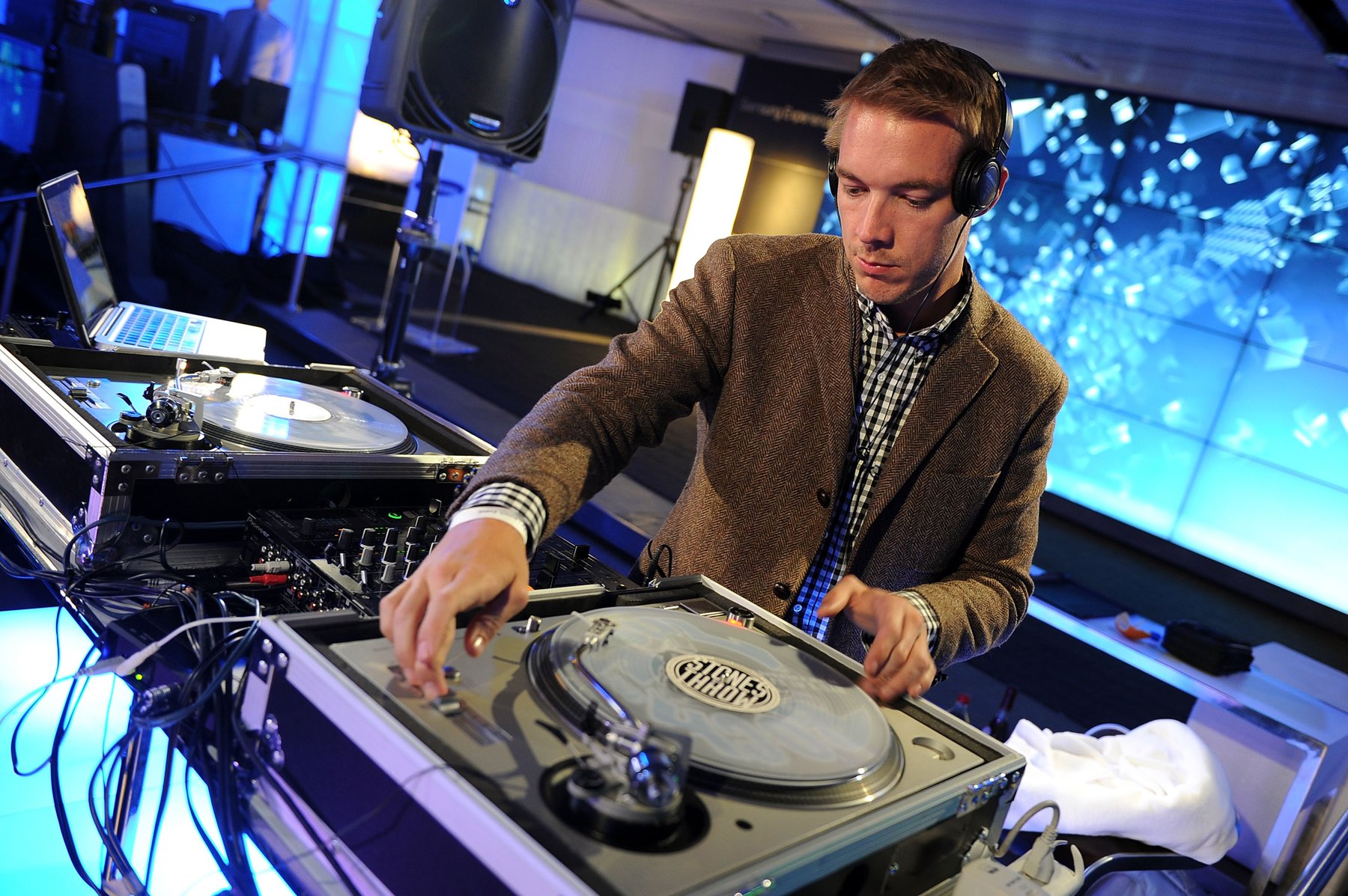 The ubiquitous DJ-producer makes his debut largely on the strength of a big year on the road, both on his own and as part of dancehall act Major Lazer. He’s also crafted tracks for the likes of Beyoncé, Justin Bieber and Snoop Lion (formerly Snoop Dogg)—and even appeared in a BlackBerry commercial.

Our estimates include earnings from live shows, endorsements, merchandise sales, recorded music sales, external business ventures and, in the case of DJ Pauly D, television (we included him on this list because, like his fellow Electronic Cash Kings, he makes at least half his cash from DJ gigs). Sources include Songkick, Pollstar, RIAA, promoters, managers, lawyers and some of the artists themselves.