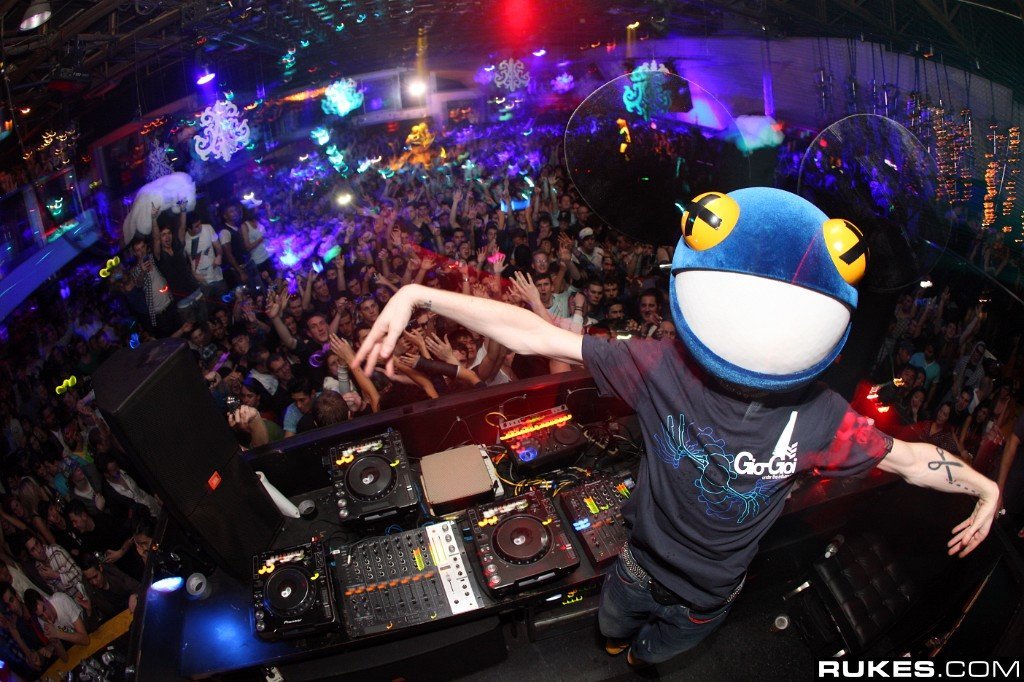 With his much-anticipated double-album opus ready to drop in a fortnight, Joel “Deadmau5” Zimmerman called into BBC Radio 1 recently for a revealing chat with Zane Lowe about the new album, his live.deadmau5.com platform and, most excitingly of all, his “all chips in” plan for a massive stadium tour.

While (which, Deadmau5 clarifies, you can call either ‘While One is Less Than Two’ or ‘While Two is Greater Than One,’ in case you were wondering) is set for release on Tuesday June 17 and Zimmerman has great plans for it, telling Lowe he hopes it will be the album to “help me break out of being the ‘accursed DJ’… I’m not saying that ‘EDM is over and I’m going to be an artist,’ I’m just hoping it’ll remove some of the stigma of being ‘the guy that plays the dance music’… It’s more of a showcase of who I am and ‘this is what I do in the studio,’ as opposed to just ‘here’s that one thing I’m really good at and here’s a whole bunch of them’.”

“I’ve just recently started writing cheques for it – it’s been about two years in the making. It’s been a really interesting journey. The point is to try and do something different, so I’m not gonna go charging hundreds of dollars a ticket to watch me stand in an LED thing… It’s gonna be a 360 kind of tour. I don’t think it’ll work anywhere but stadiums. It’s 16 trucks. I’m going all chips in, doing it like it’s my last tour. Even though it’s probably not. This is a five, six year plan.”

As Zimmerman explains to Lowe, he’s finally reached a stage in his career, far from being that “18 year-old kid doing web design in Niagara Falls for $1000 a month,” where he’s financially secure enough to throw everything into making his ideas come true.

“I’m done making money,” Zimmerman says. “I’m not thinking about maximising profits by minimising production and maximising ticket prices. I remember many points in my career where I had all these great ideas but just couldn’t spend that money. This is the selfish tour, really, I’m gonna haul off with 16 trucks of look what I can do. If I really wanted to make a ton of money and run around the world with a couple of USB keys with fly-in production, I can already see how bored I would be.”

As Deadmau5 Found Vocals for "The Veldt"

Each fan of Deadmau5 heard the track "The Veldt", wrote under inspire by the same story. But not everyone knows the story of its creation. And it is quite interesting and unusual.