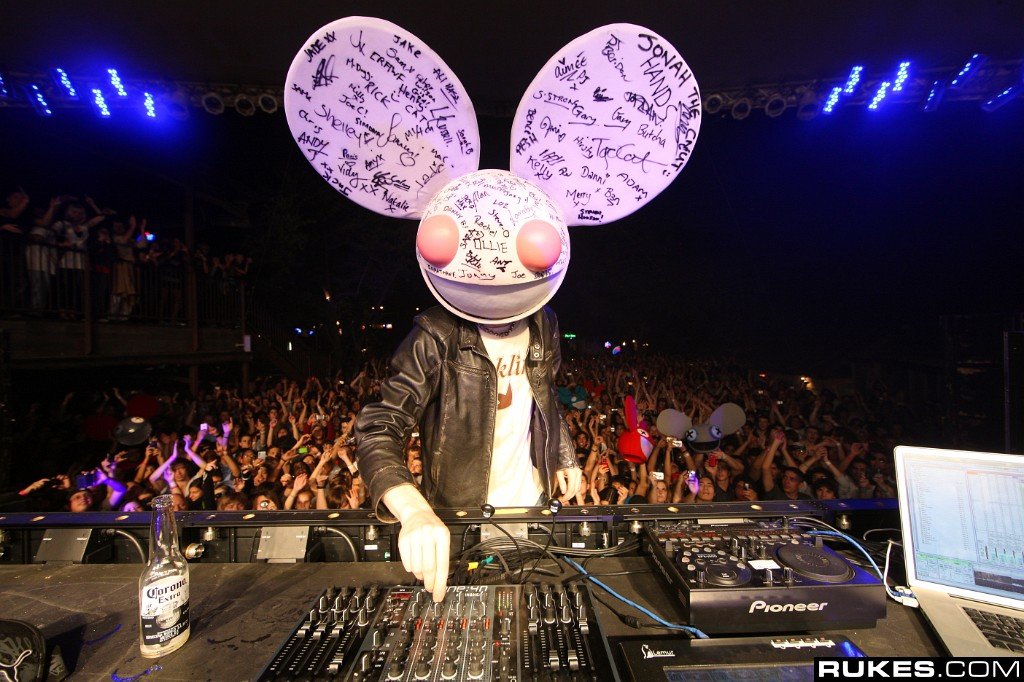 When asked if electronic dance music's mainstream popularity has a shelf life the DJ - also known as Joel Zimmerman -doesn't hesitate. “Yeah. So did rap-rock,” he tells The Huffington Post. "I'm not just applying this to EDM, I’m applying this to popular culture. Things come and go, wax and wane, ebb and flow. EDM is not exempt from the rule of the hive mentality taking over and people going 'Wow! Hive mentality! Let’s all go be individual and start grunge for a minute while we go on to something else. So yeah, that's no exception."

Zimmerman doesn't necessarily think that EDM's mass appeal is at death's door just yet, though. "Is it sustainable? Yeah, for a few more years," he says. "There’s an influx of a new generation that this is the music that they grew up with, so their fucking kids are going to be laughing at them for playing this as their fucking wedding music, or whatever. That's just the way the world works. That's not a provocation of the climate of EDM and how it's got, like, this eternal staying power when it simply just doesn't. The nature of it is that music will be here and be gone and we’ll have all moved on to that new weird thing."

That said, Deadmau5 is troubled by some of the trends he sees happening in the genre right now, and he is concerned that complacency from his fellow artists and button-pushers could threaten the scene from within.

"I think a big problem with EDM right now – and I mean right now, I don’t mean fucking last year or two years ago, I mean right fucking now – is that there’s a lot of safe betters and they all want to do this safe bet thing. And that's [what] will kill it off before anything. And it’s not the listener’s fault and it’s not the producers' fault. You guys can go back and forth all you want about how 'We always have to make the same music because it's popular, it's what the kids want.' The kids are like 'Can you stop making the same fucking shit over and over again?' You’re never going to win that argument. The responsibility is the risk-taking to start pushing it."

There are several EDM stars doing their best to buck the onslaught of the same old thing though, including former targets of Deadmau5’s legendary ire and trolling skills. And, despite his history with people like Skrillex and Avicii, he is more than willing to give them credit for their current efforts.

"Look at Skrillex. He took a bit of a fucking risk on the brostep thing and that had this thing that had momentum and now it's... I'm not saying that that's going to be around forever, either, because that got tired pretty quick, too. But at least it was a Plan B in the same vein. And everyone's got their own Plan B. Avicii's taking risks. That's actually admirable. I’m not going to fucking shut the kid down for making something completely fucking different because that's actually what you need to do with music right now.”