The new cities for the A State Of Trance 650 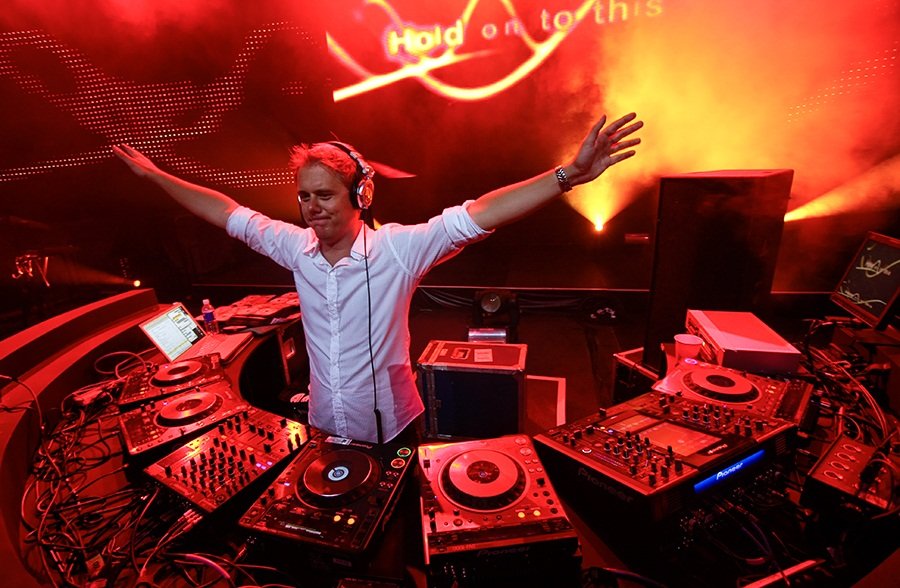 A State Of Trance - the most popular and best known radio show in the world! Its leader - a five-time best DJ in the world by the British magazine DJ Mag, legend EDM, has dedicated his life to music, so beautiful and charming as our dreams ... Armin van Buuren for more than a decade each week carefully selects only the best songs in the styles of trance and progressive, and makes them unbeatable two-hour mix that listen to live up to 30 of millions of people in one time around the World.

A State Of Trance is one Armin van Buuren announced the new cities for the A State Of Trance 650. It was happened during his live radio broadcast. Only 200 persons where invited to attend this intimate event in the Beatrixgebouw where the space expo exhibition is taking place. Visitors had a chance to take a look at objects that have been into outer space.

There were a lot of exciting moments during the radio show, every time Armin van Buuren was about to announce a new city, the crowd looked anxious. When Armin announced that A State of Trance is coming to Utrecht, the crowd made a lot of noise out of excitement. The next moment a lot of people where waiting for, was the moment that Armin announced the winner of the ASOT 650 Anthem contest. Jorn van Deynhoven took the number one place and can now call his track "New Horizons".

Armin van Buuren Is The “Most Dangerous Celebrity In The World”

If you’re planning to look up producer Armin van Buuren on the web, take heed.

Trance overlord Armin van Buuren sat down with Bloomberg to discuss the economics behind dance music and how the recent explosion of EDM has changed business.