Deadmau5 Writes An Apology To His Fans For His Recent Antics 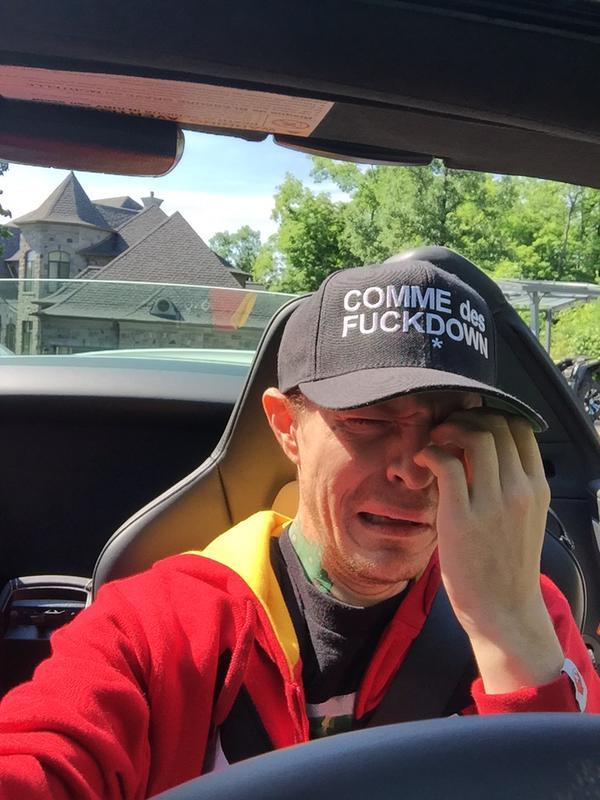 He's spoken out about his distaste for Skrillex and Justin Bieber, and just the other day he attacked his fans on social media saying they were "just a number". After that he simply deactivated his social media accounts.

Now he's back and has apologized for his recent antics, citing "depression issues" and stating that he's "far from emotionally stable". You can read the full post below: 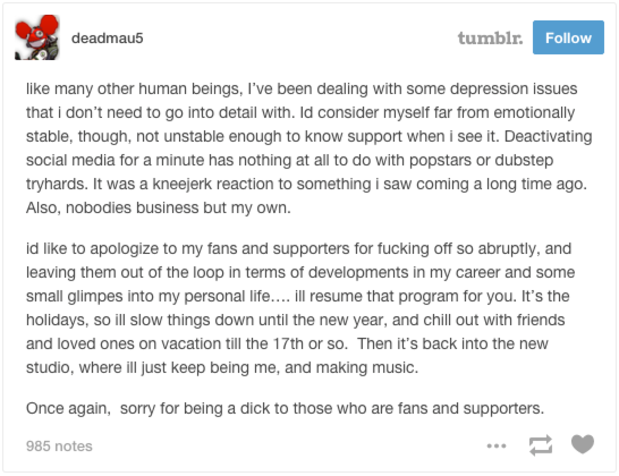 It sounds like deadmau5 is going to try to get back to his usual self, giving fans a peak into what goes on in his daily life. That aspect has always been something that has made him different from other producers. Whether it be the live stream production sessions or Coffee Run's, deadmau5 has a special relationship with his loyal following. Let's hope this apology is a step in the right direction for him to get back to his normal ways.

deadmau5 is back on social media, but has lost nearly 3.2 million followers on Twitter.

Any Deadmau5 fan will know that the famous Canadian producer and DJ is an avid fanatic of analog synthesizers, often spending the likes of tens of thousands of dollars (if not more) on new parts and elements.

Deadmau5 has just uploaded two teaser videos to YouTube that hint at an upcoming tour titled ‘Entropy‘ in 2015.