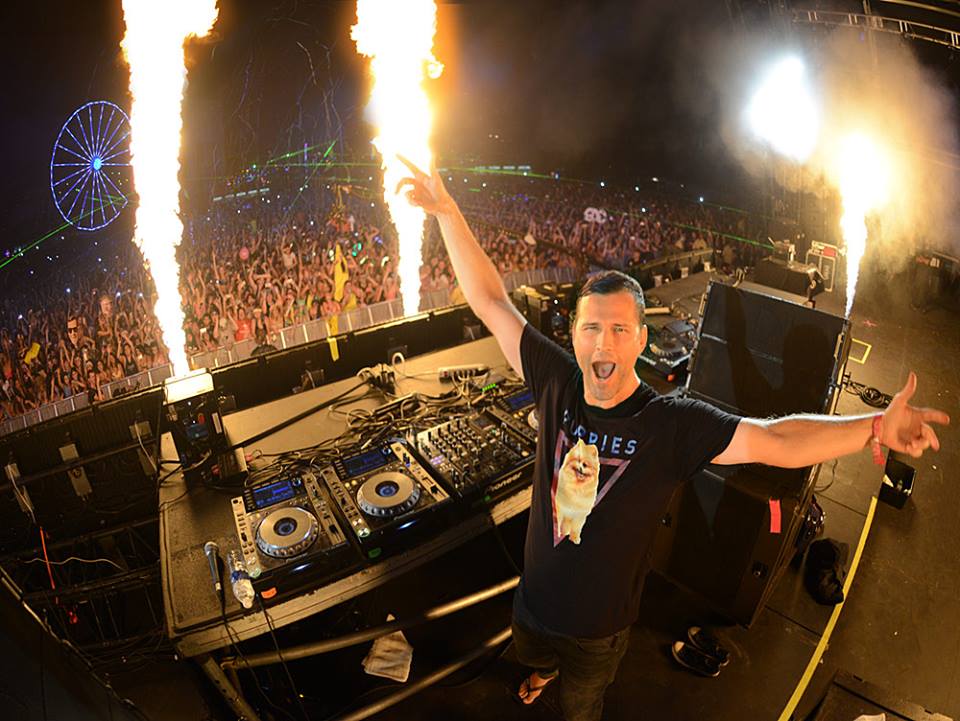 After spending the last year in limbo after packing up his CDJs and leaving his home at Ultra Records, Kaskade has just announced his latest signing with Warner Brothers Records. If you remember back to last year, Mr. Ryan Raddon went on a bit of a Tumblr tirade when he discussed his disdain for much of the label culture, as well as the controversy that often surrounds copyright law. "There’s always been this cagey group of old men who are scared to death of people taking their money," the producer wrote at the time.

Now, after his label hiatus, Kaskade has now found a new place to rest his beats, with a mammoth force of Warner, as announced in Billboard this morning. WBR currently holds the keys to another dance-music goliath—Big Beats Records, an imprint of Atlantic, as well as Pete Tong's FFRR, now run as an imprint of Parlophone, which Warner acquired via the EMI split in 2013.

For both Warner and the much-loved DJ, this is a pretty huge deal. Even after dissing the big-label biz, Raddon has now made the transition to one the biggest of them all, a far cry from his former days on the roster of super-indie San Francisco imprint OM Records, who helped jump start his career as the ringleader of mid-00s west coast house. Still, for Kaskade, the move indeed makes sense. While he'll now call an industry-machine like Warner his new breeding ground, such a far-reaching, well-oiled, and powerful machine certainly comes along with his perks: more attention, more freedom, and we can only assume complete and total artistic control.

All we need now is some new music.

What do you get when you replace human common sense with artificial intelligence? Soundcloud, the famous online music platform has recently removed over 70% of house pioneer Kaskade’s music.

Following the announcement of the split with Martin Garrix, Spinnin' Records is unveiling a new subscription service that aims to give music away to fans for free.

Late Night Alumni Announces Eclipse Album and Releases “The This This”

Late Night Alumni will be releasing its 5th studio album Eclipse via Kaskade’s Arkade label in May. Featuring the ethereal, soothing vocals by Becky Jean Williams and production by John Hancock, Eclipse will mark the first full-length album from Arkade.