This year, for the Monaco Grand Prix the F1 Lotus race team took one of their cars in a different direction. This time, it is a Daft Punk car. 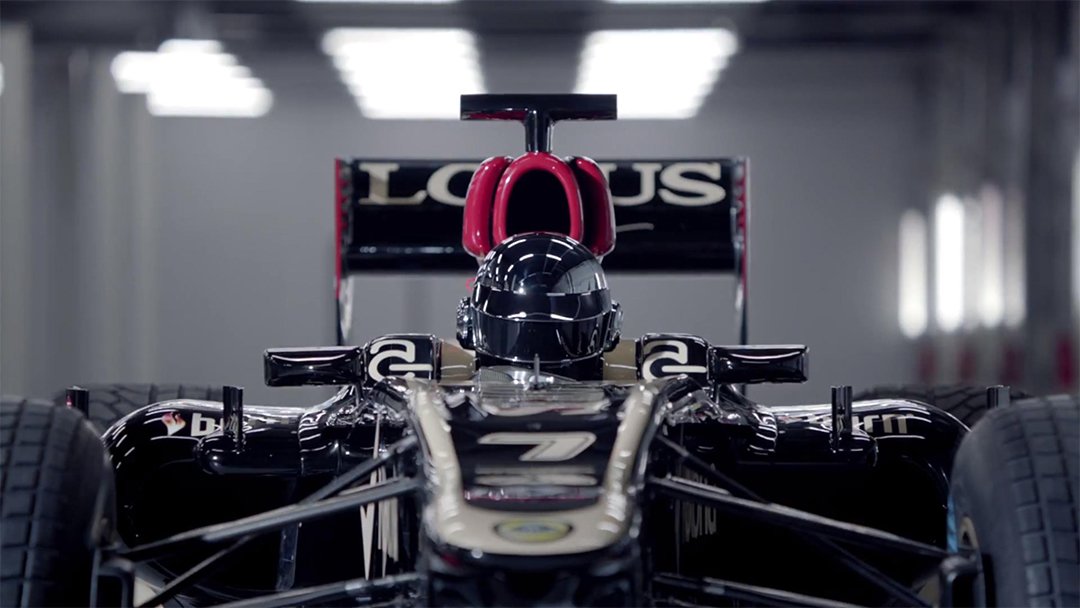 The F1 Lotus race team is one of the best in the worlds. Always dominate and on top of the sport. The are also known for the incredible advertising they do on their car. Last year, they featured The Dark Knight Rises, which of course, was an incredible movie. This year, for the Monaco Grand Prix though, they took one of their cars in a different direction. This time, it is a Daft Punk car. 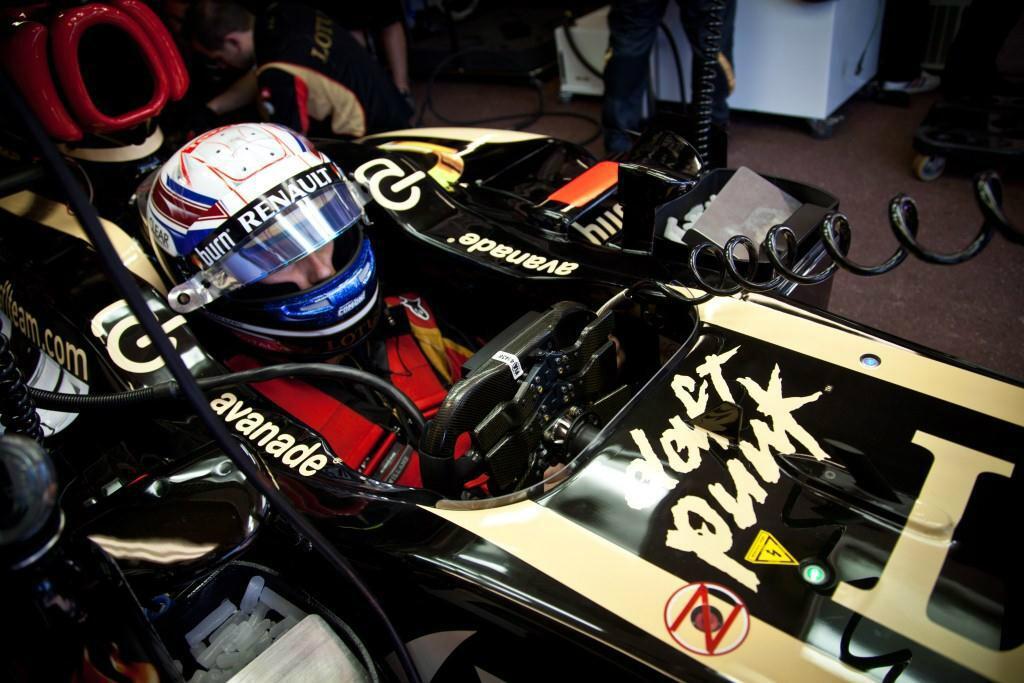 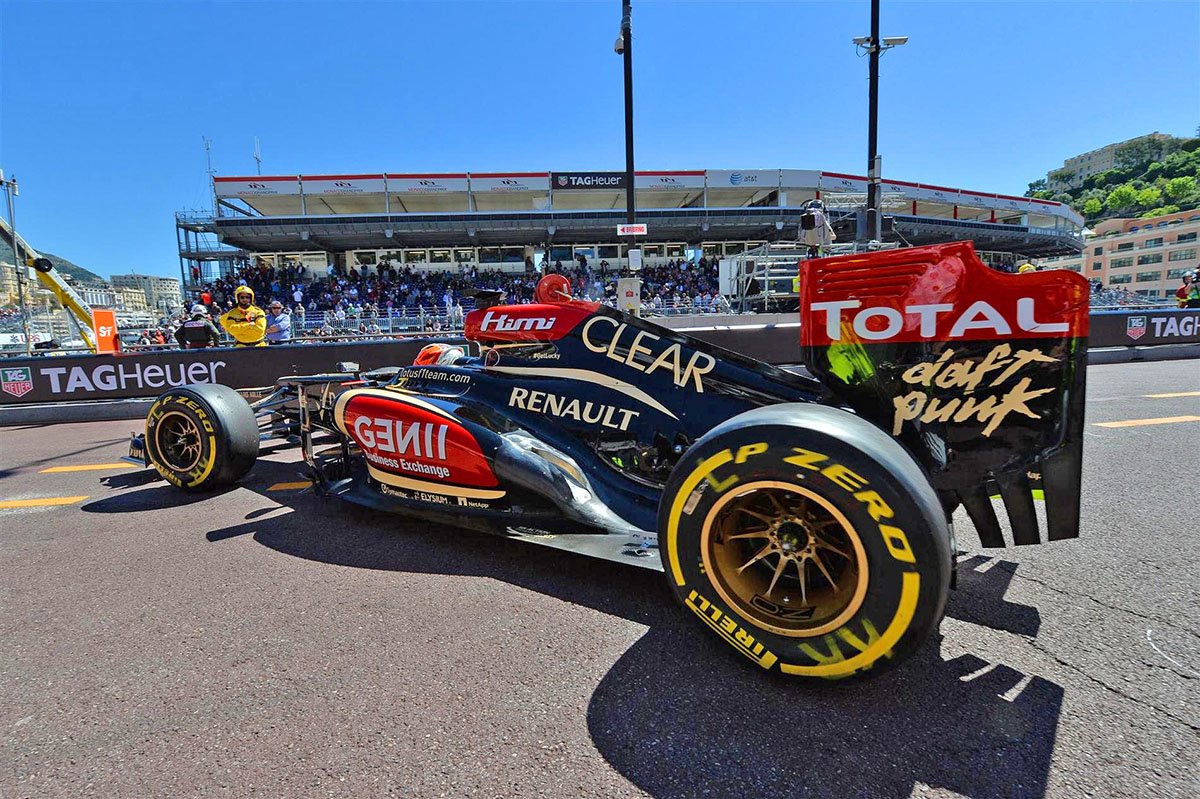 The car had originally been teased with a series of videos that you can watch below. The videos no longer than 11 seconds, showed intrigue into the notion that Daft Punk would have a car featured at the Monaco Grand Prix.

The Monaco Grand Prix is one of the most anticipated races in the entire world each year. Tickets can start at around $400 and can quickly rise to be even more than that.

But yesterday, during the Free Practice 2, the Lotus Daft Punk race car crashed into the side of the wall, heavily damaging the left side of the car. You can watch the crash above.

Luckily it seems that the cars driver, Romain Grosjean, and the car, will be ready to go on Sunday. ESPN F1 was able to catch up to Romain to talk to him about the situation. He said,

“It locked too late to get up the escape road. It’s not a big deal; it’s a bit of a shame that we lost some time in practice but the car is there, the confidence is there. I went in, it locked when I was already in to the corner, so unfortunately there was nothing that I could really do…The team is doing a great job first on the set-up and then on repairing a car. The beers will be on me on Sunday night!” - Romain Grosjean 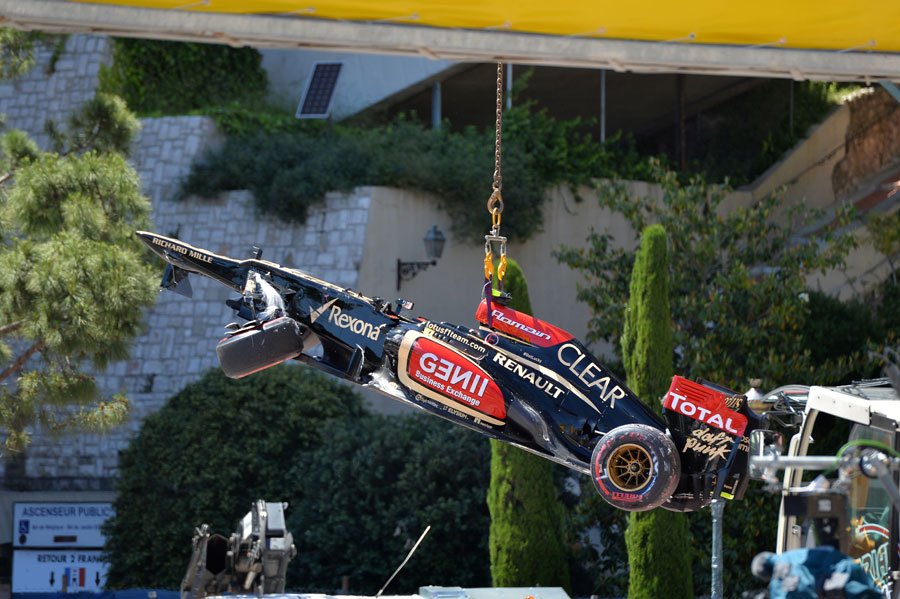 Even though he crashed in the FP2 after only 1 lap, Romain posted the 7th fastest time, finishing right behind Lotus teammate Niki Räikkönen. If you want to watch the Monaco Grand Prix for a chance to see the Lotus Daft Punk race car, you can watch by your local tv on May 26 at 14:00 local | 12:00 GMT | 15:00 EEST time.

It was just this past Friday, that we informed you about Daft Punk having teamed up with F1 Lotus Racing to have a Daft Punk race car entered into the Monaco Grand Prix. And while the car did crash on a practice lap Friday, it was all fixed and ready to go for the race on Sunday. With Lotus racer Romain Grojean behind the wheel of the car, he felt that he was sure to get lucky with this race. Grosjean also had some support in the pit, as Daft Punk themselves showed up to watch the car in action. Donning the signature helmets, Daft Punk was dressed in customized race suites featuring the Columbia Records logo on one part of the chest, and the Lotus F1 Race team on the other. Even though Grosjean crashed in the race as well and never finished, it was great to see the car out there in full action. See the photos featured above and watch the video of the Daft Punk car crashing below.

Electronic music has seen its fair share of trials and tribulations over the past 15 years, but one thing has remained constant… Daft Punk’s Discovery is still one of the greatest electronic albums of all time.

It was over a year ago that we first heard that the BBC and French network Canal Plus were working on an in-depth documentary about dance music’s biggest superstars Canal Plus, delving deep into the back story of the two mysterious Frenchmen who became a genuine global phenomenon.