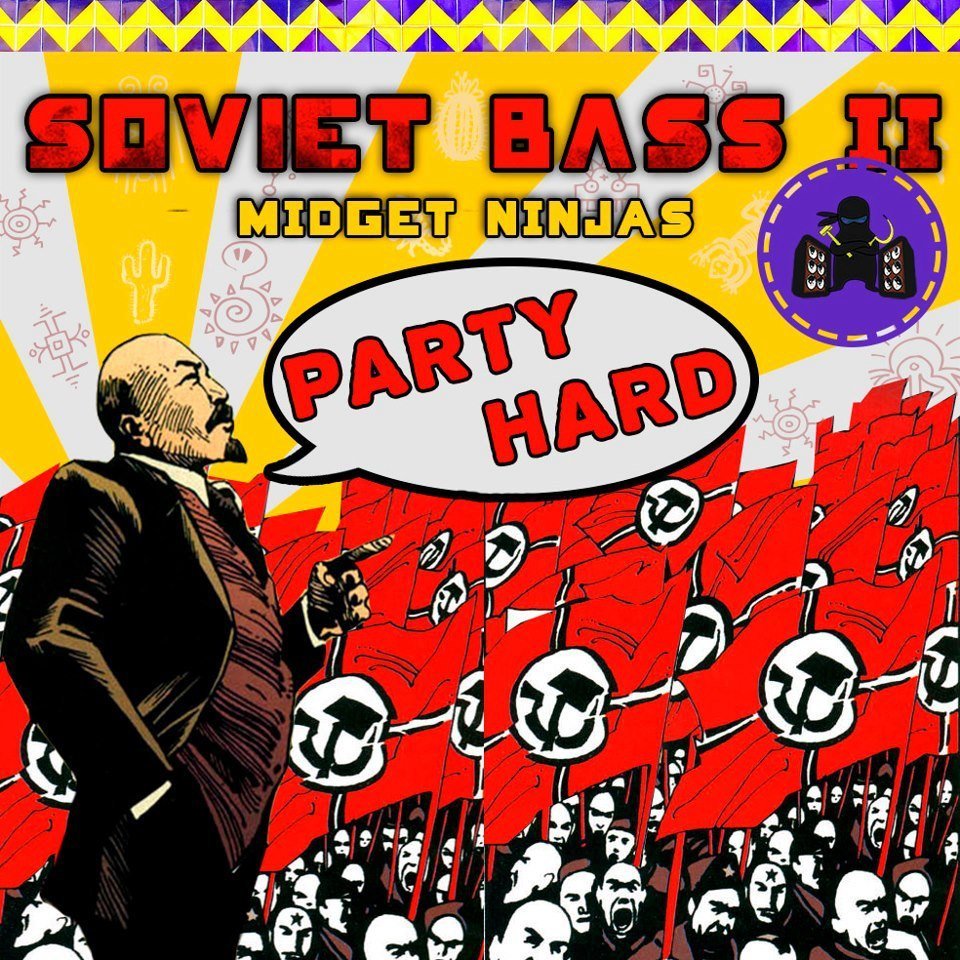 Militaristic beats and an optimistic combination of baile funk and Balti club – this is the story of a burgeoning underground dance music subgenre that pays homage to Russian culture.

For a long time no one should be surprised diversity of electronic music all over the world. Sometimes it's even hard to define - it's banter or music? Midget Ninjas Soundsystem advanced even further than the original British project 16bit, which is used a chainsaw in dubstep track as a solo instrument. There are much cooller! Did anyone anywhere tried to clubbing under Lenin's revolutionary speech?

The term "Soviet Bass" refers to a new dance music subgenre spouting from the bluelit techno clubs of Moscow, Saint Petersburg and Tula. It combines a range of electronica from around the world; from frenetic Brazilian baile funk and brass sample-heavy DC moombahton house to Baltimore club and Chicago drill. Think of it as an up-tempo, spirited blend of military drums, 808 bass rolls, squeaky trumpet licks and sampled quotes from Soviet-era propaganda.

Its two architects, electro DJs and producers Chuck Upbeat and Groove Daddy (their common blow mind poject is Midget Ninjas Soundsystem), met out of contempt for what they saw as a streamlining of club music in Russia's capital.  Soviet Bass – with its fidgety baile funk tempos – is unusually light on its feet. It's optimistic, unexpected and mercurial, subtly dipping its cap to a range of bass music subgenres.

Everyone has their own reasons to love or hate dubstep. Many people just crazy about bass with trembling windows and dynamics. Dubstep - drops, the frequency of which can reach up to 3-5 in the second - it is something new in the world of music. For example, like the 3D format in movie industry.