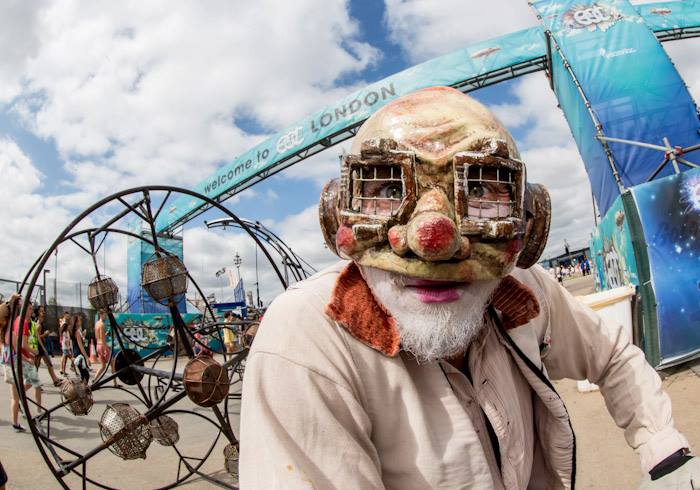 Just a week shy of Wireless Festival, Insomniac took to the Olympic Park with a star-studded line-up and the flamboyant productions to see if Electronic Daisy Carnival held as much power over British dance music fans as it has its North American followers. With the park steadily cascading with fairy wings, rave paint, a total of 50,000 party-goers stole the prosthetic park with a hunger for electronic dance music that few British festivals have ever successfully tapped into. While Insomniac did a wonderful job of transposing their brand overseas, subtle differences came to play during the festival’s international debut. 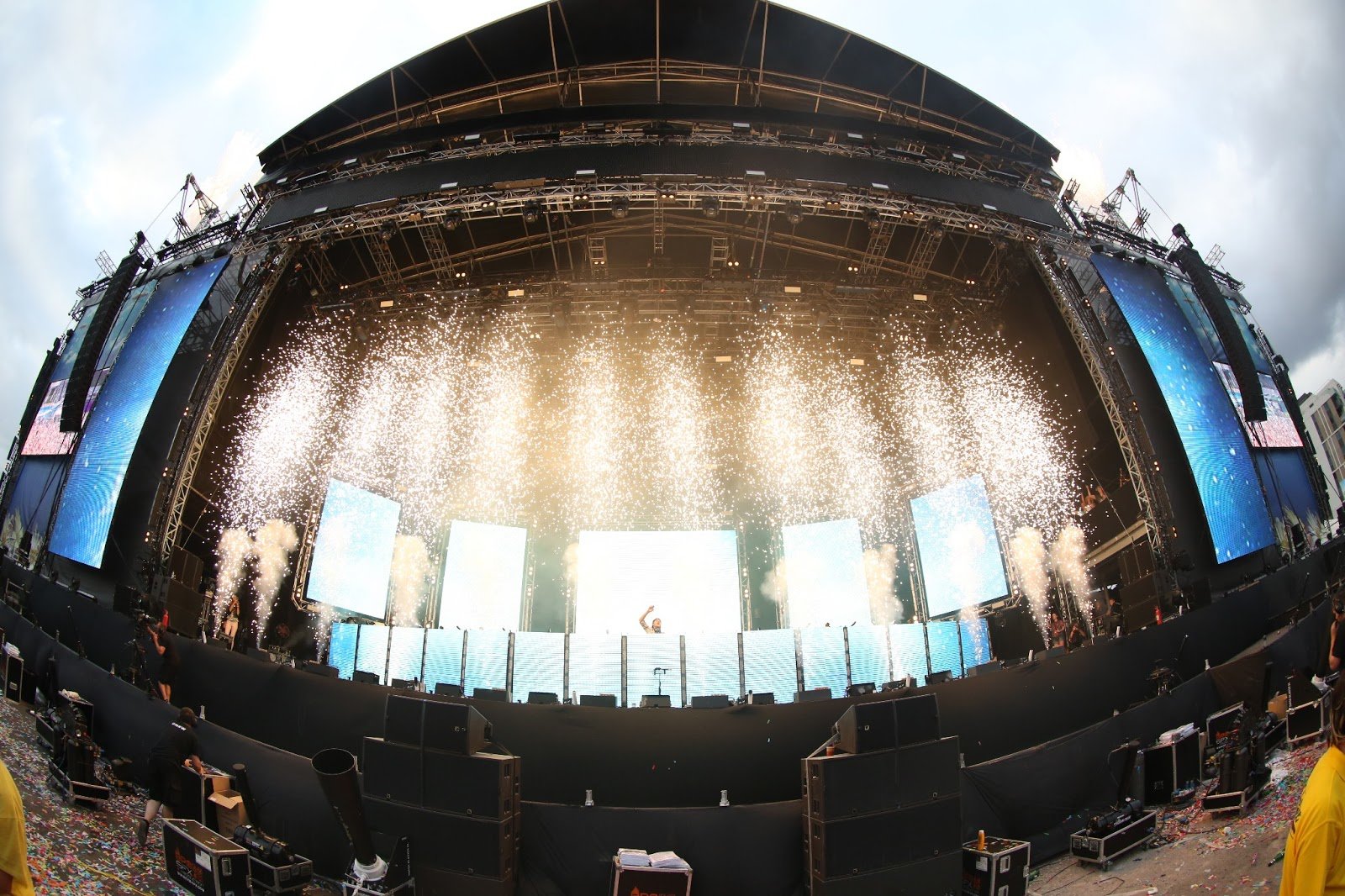 EDC Vegas’s greatest advantage is that it’s held primarily during the night allowing for state-of-the-art lighting and special effects to be abundant throughout the festival grounds. EDC London took place from noon to 11pm causing the Insomniac team to think up extravagant displays that could be just as eye-catching without a night backdrop. Theatrical performers including lollipop girls, monstrous spiders, and zombie clowns roamed the grounds, while confetti cannons, C02 blasters and paint bombs kept the crowd entertained. Sadly, the gigantic glowing owl did not make the trip overseas and was instead replaced by a 100-foot lit electric daisy on top of the main stage created by the artist Poetic Kinetics. 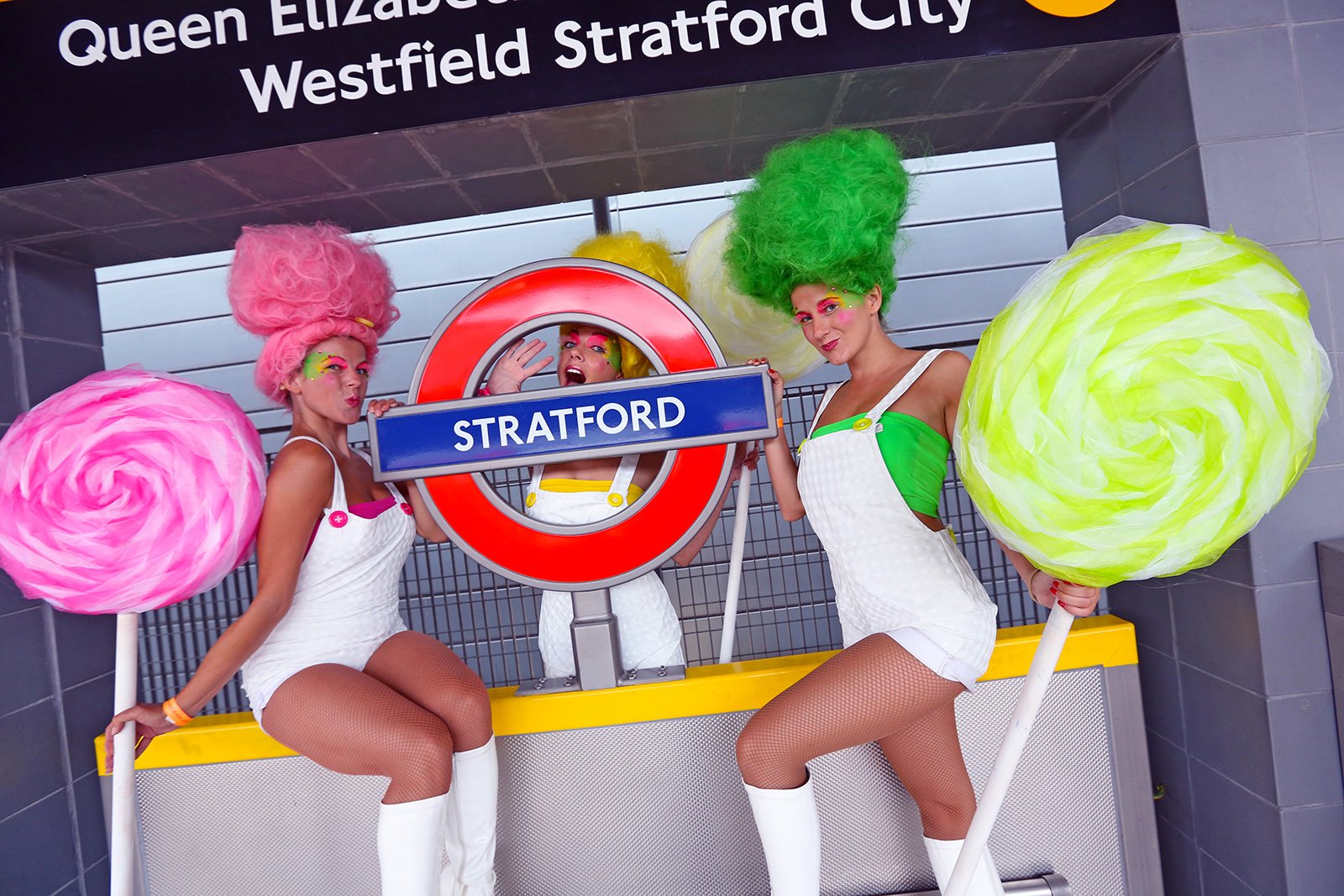 Where EDC Vegas feels united, London had to separate the main stage area from the four smaller stages creating a disconnect between mainstream fans and the more adventurous revelers. Tents were basic compared to desert onslaughts, yet still oozed in Insomniac charm. Neon Garden came with circus dancers and interactive screens, massive smilies hung down from Cosmic Meadow, while the BassPod was littered with colorful daisies. A zip-line connected the two areas for those who wished to fly swiftly above the madness. 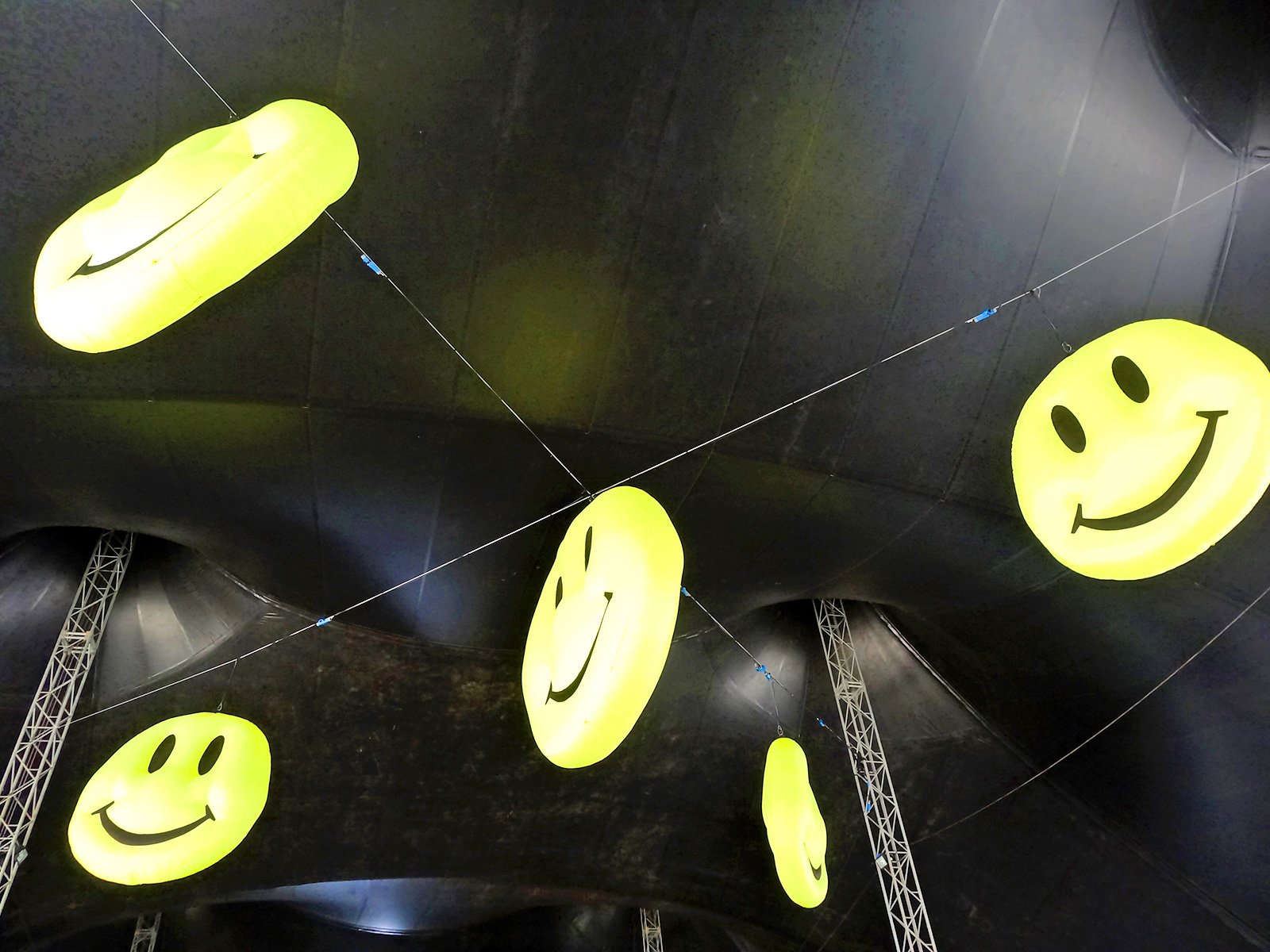 Britain’s sophisticated house culture seems to have caught on with the nu-neon movement of the states, but tutus, furry boots and kandi-ridden arms were still rarely spotted. British sausages, Fish & Chips and Somersby Cider were the stereotypical food and drinks of choice while terms like “wanker” and “blimey” were overheard reminding us we were in the UK. Staff members continuously commented on how rambunctious the crowd was early on compared to American counterparts proving the English were just as enthused. 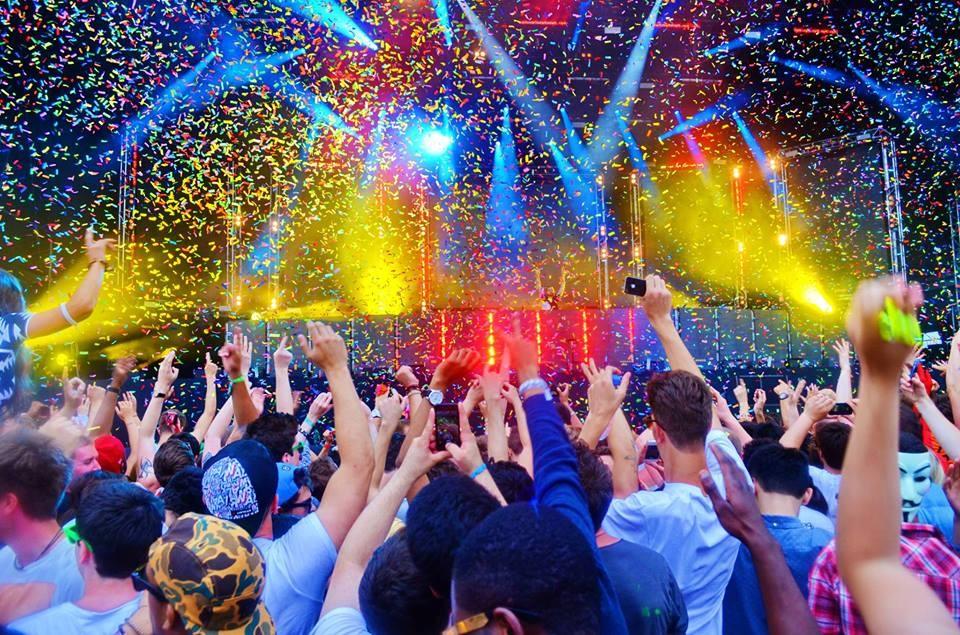 EDC’s European debut had no excuse but to collect the cream of the global dance crop and thankfully, it delivered just that. For a one day festival, the diversity in the line-up was considerably well placed, though often split between that of the leading dance nations of Sweden and Holland. Alesso and Hardwell both emerged triumphant from their respective main stage sets, emphasizing the velocity both nations now face and power that such respective hits as “Calling” and “Never Say Goodbye” have rallied on the global ascent of these promising festival favorites. Having excelled the first four months of his post-SHM peak, Steve Angello was on top form, pulling all the stops in between his legacy alongside Size Records the aforementioned chart-topping powerhouse whilst teasing the tone of his impending album with yet another blast of his “Children of the Wild” ID. 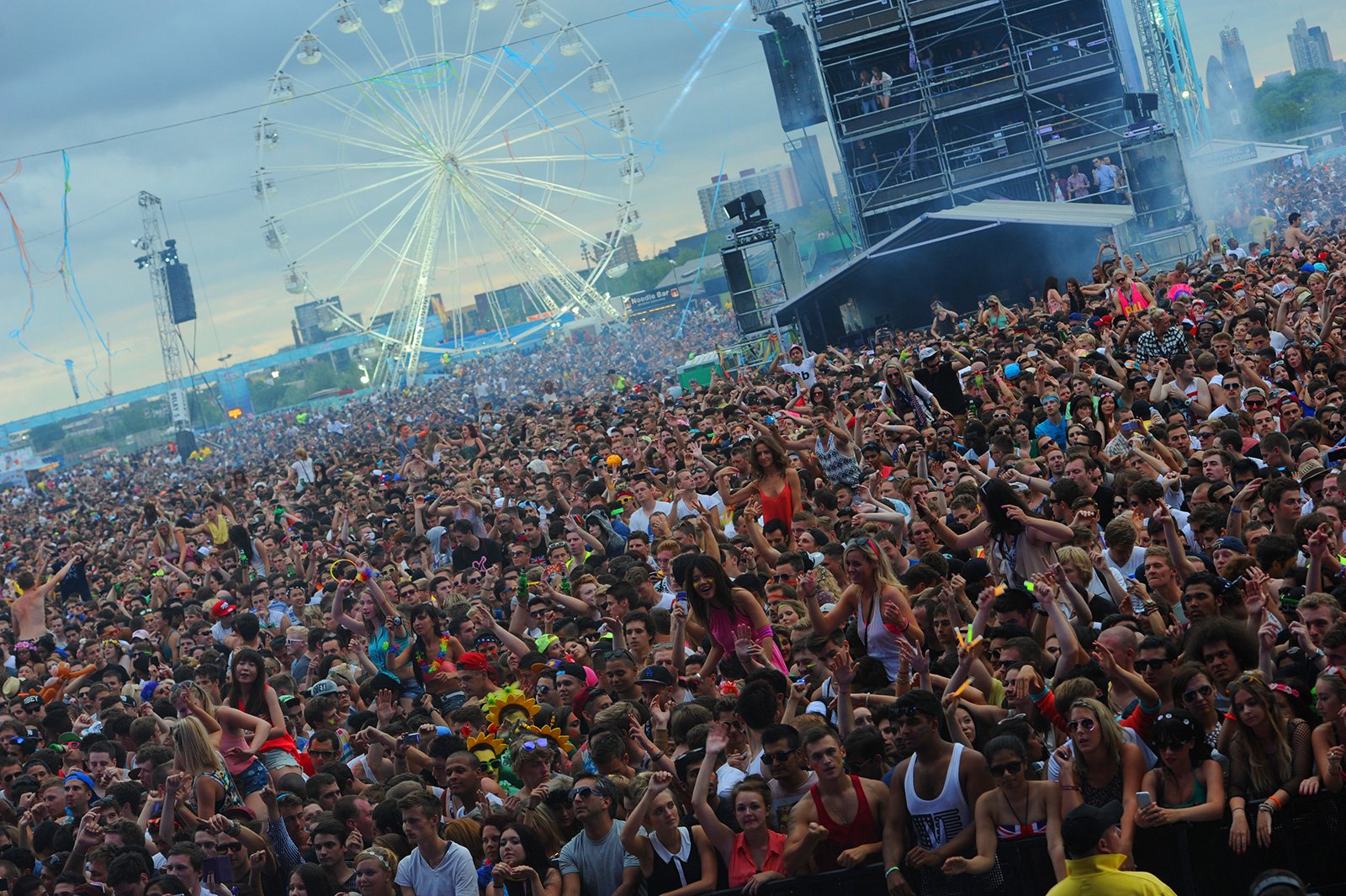 In a year that saw him turn heads with a country-infused headline spot at UMF, unveil the blueprints of his debut album True and seal the fastest-selling UK number one of 2013, the reign of Avicii so far had looked as unstoppable as it did eclectic. His set pulled everything from his “Stars” ID to The Clash’s “London Calling,” whilst still leaving room to rally the hits that have sealed his name as Swedish dance music’s notoriously vaulting golden boy. Dutch icon Tiësto, however, pulled all the stops for his long overdue return to the UK shores, matching the spoils of his latest Club Life compilation with a welcome return to the energy of such trance anthems as “Lethal Industry” and his infamous remix of Delirium’s “Silence.” For an industry always on the move, his set was reassurance that not all Europe’s iconic players have hung up the gloves that first saw them hold their corner in the global dance sphere.

Special mentions: Chuckie – who dedicated the closing notes of his Dirty Dutch overhaul to Bingo Players’ Paul Bäumer, and Dirty South is also owed a pat on the back for matching their own successful catalog with some of the nations most beloved chart/club crossovers to date. It also was quite touching to hear Nervo shout out to the crowd during track “Home” that London served as their home for 10 years and will always be a special place. 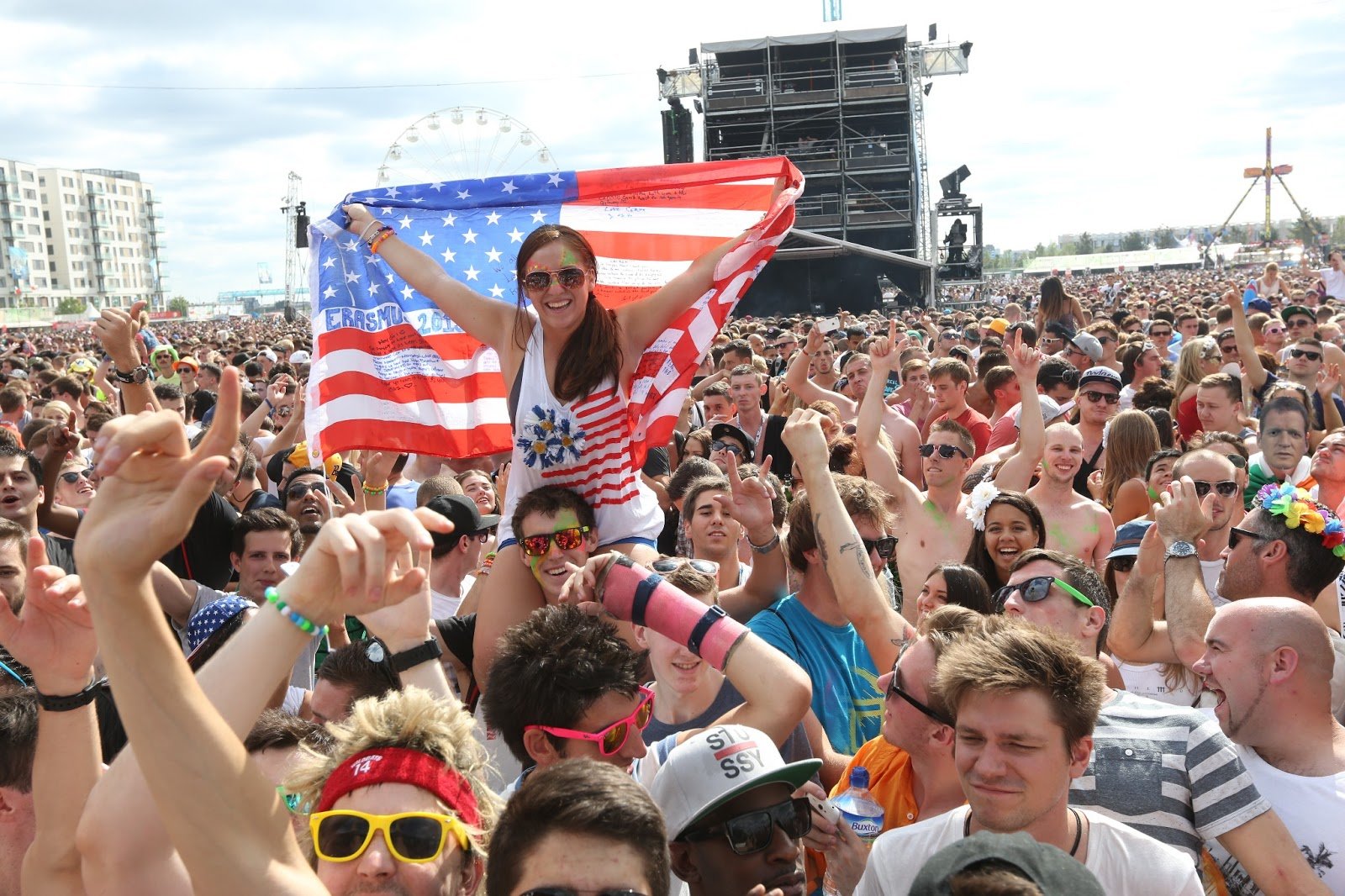 For all its high profile assets, EDC London celebrated the next generation of electronic dance talent considerably better than some of its British competitors have in the past. Leading European stalwarts Deniz Koyu and Danny Avila rallied the energy collected in their Generation Wild tour duties for a back-to-back injection of peak time prowess, whilst new found Belgian stronghold Dimitri Vegas & Like Mike road tested their studio spoils and festival anthems alike for the road to this weeks Tomorrowland duties. Porter Robinson fulfilled successfully his prophecy of bringing new and exciting heights, leaving Madeon’s closing set to extend the vast elements of his technical dance production and sing wonders for those pushing the right buttons in times of mass saturation.

Special mentions: CK – whose early doors opening set got the main stage ticking well before the party had formally started.

For all the mixed talent to bless this landmark festival appearance, EDC offered a proud reflection of the footsteps taken by British dance music. Past a special performance from impending Mandela actor turned DJ/producer Idris Elba, the heritage of drum & bass was celebrated considerably amind the EDM debauchery. Ornamented genre-veterans Goldie and Shy FX held to court for their respective influential streaks, taking the Olympic Park to a temporary return of the vibrant rave energy that once carried the country to its infatuation with modern club culture. Returning US runaway Chris Lake was out to flaunt the impending spoils of his debut album for Ultra, rallying considerable collateral from his Rising roster to the utmost effect.

Mat Zo played moving set including crowd favorite “Rebound” and an ID remix of Ellie Goulding’s new single “Burn.” Whilst Tom Staar continued his creative curve on the sound of live electro house, it was soon-to-be studio confide Feed Me who pulled the most impressive stops, fueling the road to his impending debut album with considerable force and emphasizing the empty space his vacancy from the decks is sure to leave. Sub Focus and Nero were the bass-savvy icing on a fine national cake for the day’s proceedings, extending their high-profile antics and chart-crossovers to keep a considerable volume of feet from fleeting to the main stage – a considerable victory for such accomplished British assets. 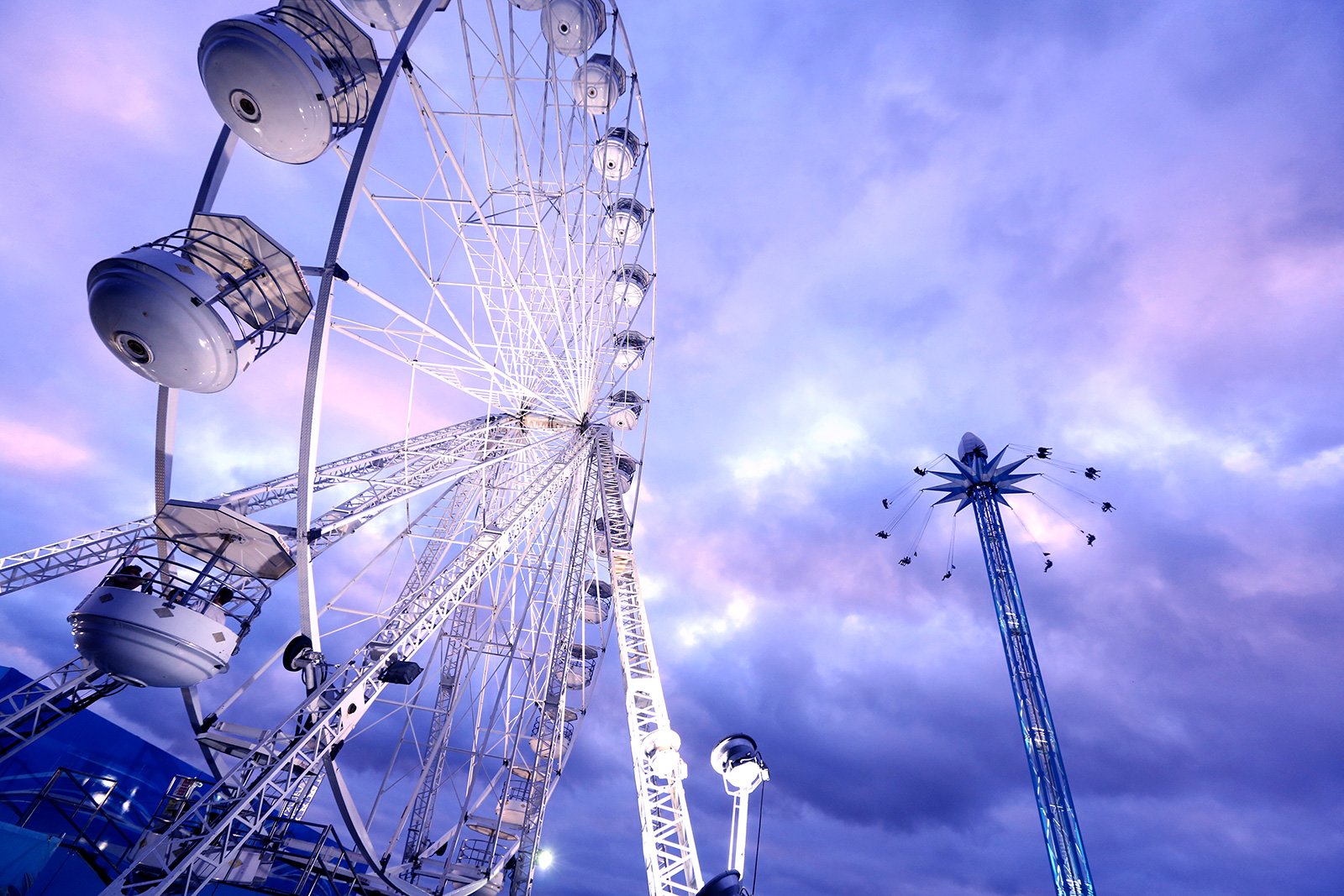 Nothing this popular could ever be perfect. Past the song overlaps, slightly unsuitable layout and consistent sound problems, London’s debut shot at the glitz and glamour of North American festival culture delivered an unforgettable landmark in London’s otherwise boutique-infatuated festival circuit. Some will argue that one day was simply not enough to rival that of its infamous overseas mentor, but for the most past, EDC London set the platform for the festival to extend its reign to Europe on a permanent basis. With the weather, soundtrack and setting uniting in considerable harmony, this was a 50,000 strong majority no festival mastermind could fake. 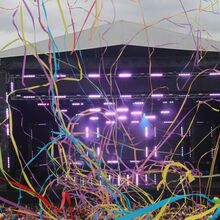 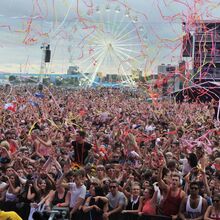 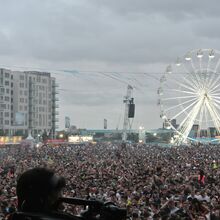 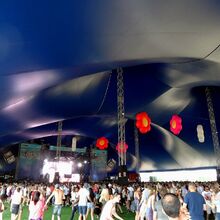 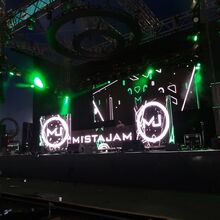 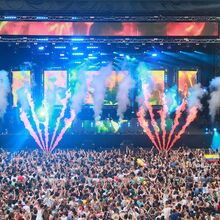 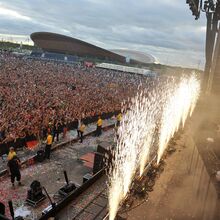 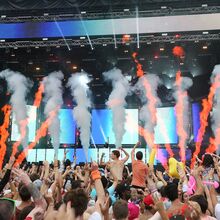 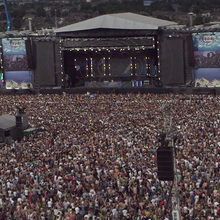 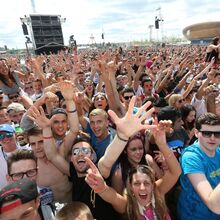 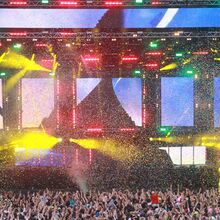 Tomorrowland 2013 is a fact. A festival that lasts 3 days (day 1, day 2, day 3 of the festival) with almost every big DJ in the world creates a lot of special moments. Some moments might have slipt you by, that's why we've put together a few of magical Tomorrowland moments for you.

The sun kept the clouds at bay for the third and final day of Tomorrowland despite unfavorable forecasts going into the weekend. As the gates opened, the early morning sun beat against the remnants of the previous night’s rain, creating a foggy haze that spread throughout the grounds. By mid afternoon the fog had burnt away, leaving clear blue skies and a vibrant crowd in its wake.

The clock struck noon in Boom, Belgium, and fans from DreamVille and afar rapidly filled into the Tomorrowland grounds to catch a glimpse of what they had waited 364 days to witness. Flocking to culturally themed food stands, onsite jacuzzis, poker tables and, of course, any of the fifteen stages in full effect early into day one.